Fast-growing developing countries will spur demand for oil for decades 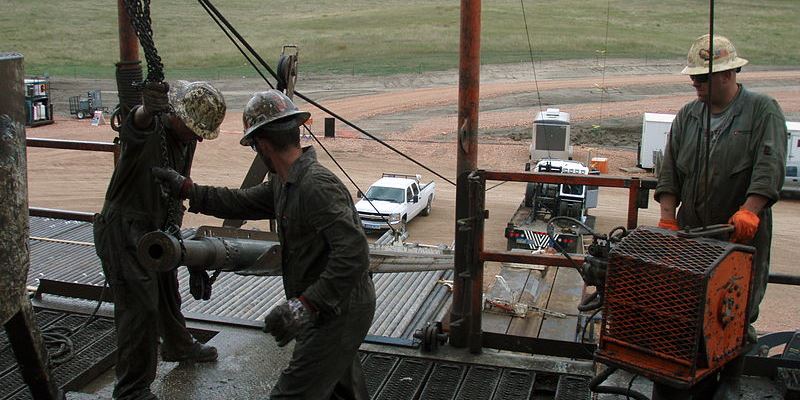 When people tell you the future is free of fossil fuels, you should direct them to this report by BP on future oil demand.

It features a great chart showing the projected oil demand to 2040 by a dozen different estimates (by different organizations) that span a number of assumptions about greenhouse gas emission controls. 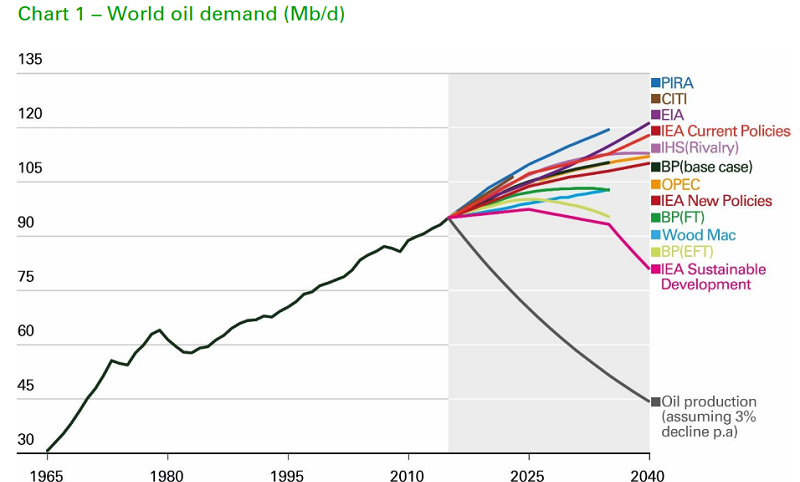 The majority of estimates shows continued growth in oil demand through 2040 driven by rising prosperity in fast-growing developing economies. As the report says:

The vast majority of the projections in Chart 1 expect the level of oil demand in 2035 or 2040 to be greater than it is today. Even those projections which suggest that oil demand may peak relatively early, such as the IEA Sustainable Development scenario, do not see a very sharp drop off in oil demand. The Sustainable Development scenario considers a scenario in which climate policies tighten sufficiently aggressively for carbon emissions to decline at a rate thought to be broadly consistent with achieving the goals set out at the Paris COP21 meetings. But even if this case, global oil demand is projected to be above 80 Mb/d in 2040, compared with 95 Mb/d today.

And don’t let the leave-Alberta-oil-in-the-ground crowd fool you. Even if we did (and we won’t), it wouldn’t improve the environment. As Colin Craig observes in the National Post:

If Canada simply kept all of its oil in the ground tomorrow, as some environmentalists would like to see, would that actually help the environment? If Saskatchewan kept a barrel of oil in the ground to “reduce emissions” is it reasonable to assume Saudi Arabia or some other country wouldn’t extract an extra barrel to replace it? Of course not.

In fact, one could argue the environment is actually worse off by shifting production from Canada to countries that have lower environmental standards.