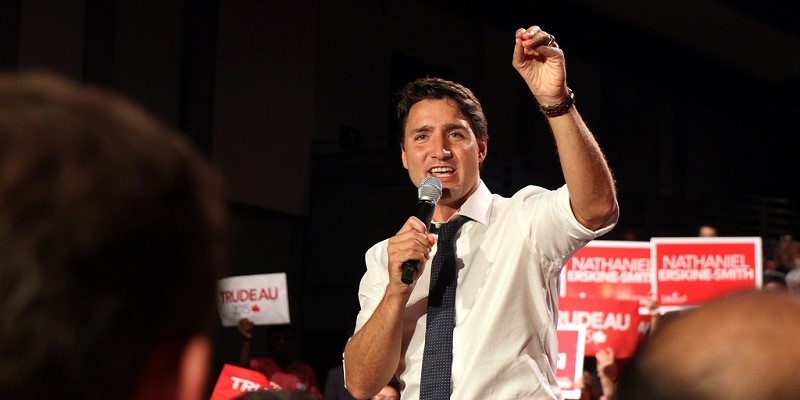 When the Trudeau government tables its 2022 budget this Thursday, all indications suggest Ottawa may have tens of billions more in revenue than previously predicted last spring. The temptation for the government, which recently struck a deal with the NDP, will then be to increase spending significantly since it has “additional fiscal room” due to fortunate circumstances. But this plan would be misguided.

The Trudeau government has thus far failed to demonstrate any fiscal prudence during periods of economic growth. During Prime Minister Trudeau’s first term in office, Ottawa increased nominal program spending by 36.1 per cent—from $248.7 billion in 2014/15 to $338.5 billion in 2019/20 (pre-pandemic)—or 6.4 per cent (on average) annually, far outpacing economic growth and inflation-plus-population growth every year from 2015/16 to 2019/20.

As a consequence, the government broke the record for the highest level of per-person federal spending in Canadian history twice before the pandemic even began. Federal per-person spending (inflation-adjusted) reached $9,224 in 2018/19, higher than the amount spent during both world wars and the 2009 global recession. In 2019/20, per-person spending reached $9,671.

As a result of these significant spending increases, the Trudeau government ran five consecutive budget deficits between 2015/16 and 2019/20 despite a growing economy. Had the government moderately restrained spending to match either inflation-plus-population growth or economic growth, it would have recorded surpluses nearly every year. With multiple surpluses instead of deficits, the government could have avoided approximately $150 billion to $160 billion in net debt and been in a much better fiscal position when COVID hit. Instead, a lack of fiscal prudence and unwise federal spending left Canada vulnerable when the bad times inevitably arrived.

In 2022, the Trudeau government has a chance to properly demonstrate fiscal prudence, by restraining spending and crafting a realistic plan towards a balanced budget in the near future. If the government increases program spending simply because economic circumstances and revenue forecasts are favourable this year, it risks repeating past mistakes. By continuing to finance increased spending through borrowing (i.e. budget deficits), the government will ensure that future generations of Canadians are stuck with the tax bill for today’s spending. Rising interest rates will also add to the bill by making it costlier for taxpayers to service our debt accumulation now and in the future.

Resisting the temptation to dramatically increase spending is key for the federal government in its upcoming budget. By disregarding the importance of fiscal prudence, the Trudeau government would also be disregarding future generations.