For higher productivity—don’t drive a cab, run a charity 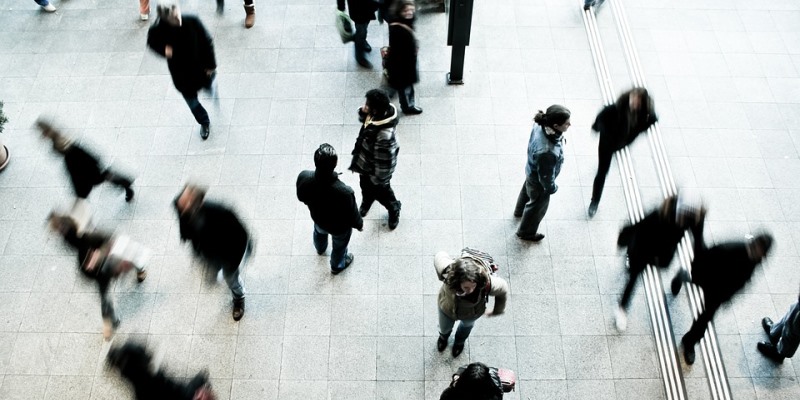 Statistics Canada published some interesting productivity updates this week. Mind you, what it called them doesn’t make them sound very interesting: “Labour productivity and related measures by business sector industry and by non-commercial activity consistent with the industry accounts.” But when you play around with the data a bit, they’re actually quite intriguing. The StatsCan table where you can do that is here.

What the table shows, for 321 different economic activities, is “real value-added” per hour—that is, the dollar value of their output, in inflation-adjusted dollars, minus the value of their purchased inputs—divided by the number of hours of labour used to produce this value-added. “Real,” of course, is in the price-index sense rather than any deep philosophical sense. But in what follows I only look at the numbers for 2018 so keeping things “real” isn’t that crucial (though the values quoted are in fact 2012 dollars).

Let’s begin by looking at the activity that among all 321 has the lowest productivity. The booby prize goes to “Taxi and limousine service,” at $10.20 an hour. (There are actually a couple of “Information and communication sector” activities where the entry is $0.00 but I’m guessing that indicates missing data rather than some sort of judgment about fake news.)

What’s the activity with the highest productivity? One I wasn’t actually aware of: “Other non-profit institutions serving households,” which adds value at a whopping $1,600.20 an hour. I’m afraid I have no idea what this activity is—it appears in the table in the same category as religious institutions (productivity $26.00, though their complete contribution in non-monetary, including spiritual, form is obviously difficult to measure), non-profit education institutions ($34.60 an hour) and ambulatory health-care services ($29.90).

That crack about the priceless nature of much religious output actually raises a serious question. How do you measure the output of many of the activities people engage in? If you’re selling a product in the marketplace and doing not much more than that, the market value of what you’re producing is probably pretty close to its total value. But if you’re talking about universities, say (real-value added per hour in 2018 of $68.40), students do pay at least part of their education in tuition. But is what the universities sell the full value they add to society? Maybe not.

Despite that problem, it’s worth looking at the top and bottom activities among the 321. The top 10 with their 2018 real-value per hour were:

A couple of points about these lists:

We tend to think of “productivity” as being about working hard. And it’s true that if you’re averse to work, you probably won’t be very productive, while if in general you work harder, you’ll probably be more productive. But the top 10 most productive activities aren’t really about working harder (though I don’t doubt people who do those jobs put every effort into them). What they’re really about is having lots of capital to work with. Miners, people pumping oil out of the ground and through pipelines, people refining petroleum and so on are all working with pretty significant amounts of capital—“mighty machines,” as the kids’ TV program calls them. By contrast, while people driving cabs, doing laundry and personal services and running “miscellaneous retail” stores obviously work with some capital, they don’t work with nearly as much as that top-10 group does.

Does that mean we should get everybody in Canada to work with more capital? No! If you gave miners, refiner-workers and so on even more capital than they now have, they probably would become even more productive. But the increase in their productivity very likely wouldn’t pay for all the new capital that was required to produce it. Otherwise firms would have made such investments already. The same for driving cabs. It’s possible that new investments here or there might help cab drivers operate more efficiently. For instance, the advent of Uber and similar technologies means for-hire drivers spend less time driving around empty cars. But for the time being this industry is likely to operate by the rule of one driver for one car. Adding substantially more capital—a second car per driver?—isn’t going to do much to boost driver productivity.

A second general point concerns wages. Without knowing the exact numbers, it seems likely that people in the top 10 activities make more than those in the bottom 10. It only makes sense that if you’re not producing very much marketable value, you won’t make a lot of money. Unless you work for a deep-pocketed foundation or charity your employer can’t afford to pay you more than the value of what you produce—not indefinitely, at least.

On the other hand, though their wages are high, it’s probably the case that people in those top 10 activities don’t make the several hundred dollars an hour that is the value of what their labour adds. (Your productivity may be a ceiling for your income but it’s by no means a floor.) At first blush, that may seem unfair. But remember why these people have such high productivity: They’re working with lots and lots of capital. That capital, if it’s going to continue to work with them, has to be compensated. And it can only be compensated out of the activity’s value-added. So (the Marxian error) workers can’t be paid all that they produce. Not if capital is going to continue to be drawn to the activity.

In the same way, would it make sense to shut down the taxi and limousine industry simply because it exhibits such low value-added per hour that eliminating it would raise our economy’s average productivity? Not at all. If people want taxi and limousine services and other people are willing to provide them even at rates of pay substantially lower than the best-paid people in our society enjoy, it would be wrong to shut down that mutually beneficial exchange.

I’m sure that if we follow the rule of laissez-faire, society won’t be perfect. But I’m also sure we’ll be better off than if some productivity car imposes a rule of “maximize productivity.”