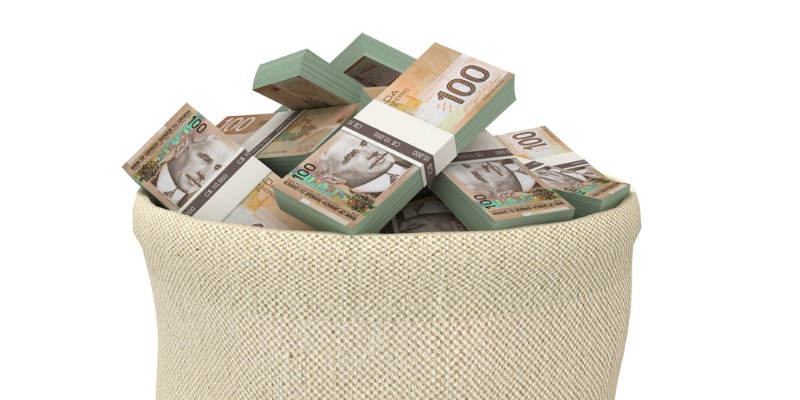 While the worst of the pandemic is behind us, eight provinces and the federal government plan to continue financing high levels of spending through borrowing for the foreseeable future. This habit of repeated budget deficits stems in part from low interest rates on government debt over the last 20 years or so, which has prompted many politicians to believe there’s little or no cost to debt accumulation.

But in reality, debt accumulation comes with consequences, even if interest rates are relatively low. And the fiscal costs become more pronounced when interest rates (adjusted for inflation) climb higher than Canada’s economic growth rate.

According to a recent study, when the stock of debt (adjusted for financial assets) increases compared to the size of the economy (a common measure of debt sustainability for governments), it leads to several negative outcomes including declining economic growth rates, increasing interest rates and government borrowing crowding out private investment. This latter point is important as it’s often ignored but can lead to private-sector incomes declining for Canadians.

Moreover, today’s deficits must eventually be paid for by tomorrow’s taxes, which means future generations will bear the brunt of these costs. Simply put, government debt imposes real consequences on Canadians, even if we don’t notice it immediately.

Using debt to finance government spending is convenient for politicians. Tax hikes and/or spending cuts are not typically popular among voters, so many governments opt to run deficits and kick the payment can down the road. With four-year election cycles, short-term thinking wins out and governments are all too willing to pass the costs onto future generations and future governments.

The 1990s serves as a good example of the painful reforms required when government debt is unsustainable. Specifically, the Chrétien government reduced program spending by almost 10 per cent over two years in the mid-1990s. A painful lesson to learn but one that many Canadian governments have apparently forgotten today.

Provincially, consider the Houston government in Nova Scotia, which has promised loads of red ink and rising debt for years to come thanks to a substantial increase in spending. Similarly, the Furey government in Newfoundland and Labrador opted to budget for deficits this year and the next three years. Several other provinces including Ontario and British Columbia are also choosing to run deficits and ignoring the consequences.

In Ottawa, the Trudeau government has yet to identify a date for balanced budgets and continuously increases spending while financing the increases almost entirely through borrowing. Relatively new issues such as high inflation and a possible recession in 2023 are adding pressure on the government to make fiscal reforms. However, the “solution” from this federal government will likely be to repeat past mistakes and spend yet more money to further drive up debt.

Contrary to political rhetoric, debt accumulation imposes real costs on Canadians. Financing ever higher levels of spending with debt is rarely the right choice, but it’s almost always the easy one. Canadian governments will likely have to learn painful lessons again because they are ignoring history.