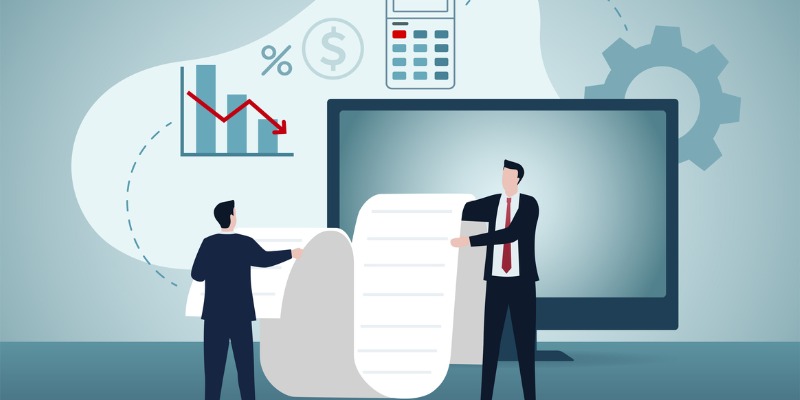 The pandemic created an unprecedented economic disruption and fiscal response. Globally, the IMF has estimated that the world in 2020 ran a negative general government fiscal balance of 10.2 per cent of GDP (the value of all goods and services produced). In 2021 and 2022, that was forecast to shrink to 7.9 per cent and 5.2 per cent of GDP respectively.

Meanwhile, according to the IMF, Canada saw a negative fiscal balance of 10.9 per cent of GDP in 2020 with a forecasted 7.5 per cent in 2021 and 2.2 per cent in 2022. However, in keeping with our federal nature, the pandemic also had a differential effect on government finances in Ottawa and the provinces.

As illustrated in the first chart below, while corporate income tax (CIT) and general sales tax revenue took a hit at the federal and provincial levels during the first years of the pandemic, personal income tax revenue (PIT) didn’t. 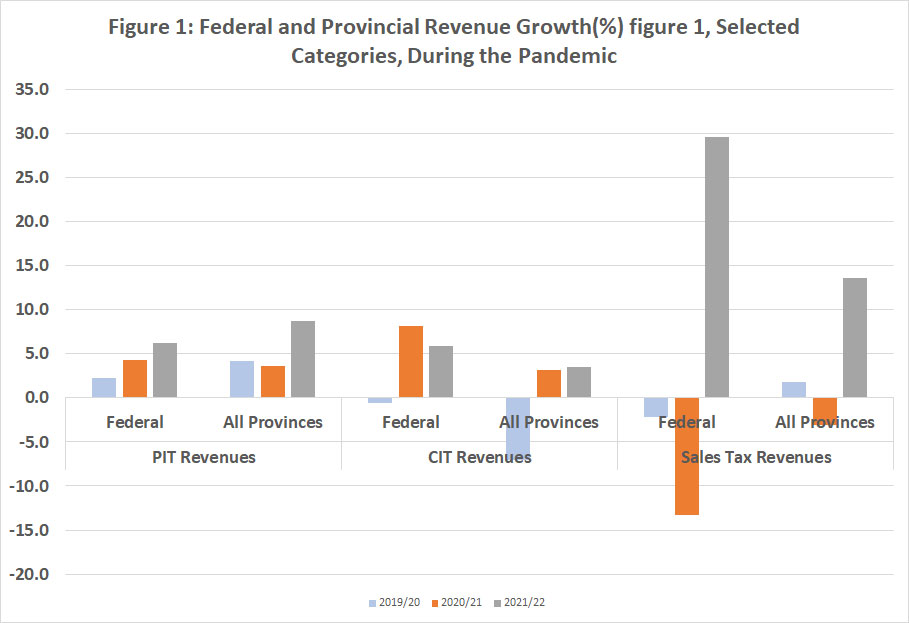 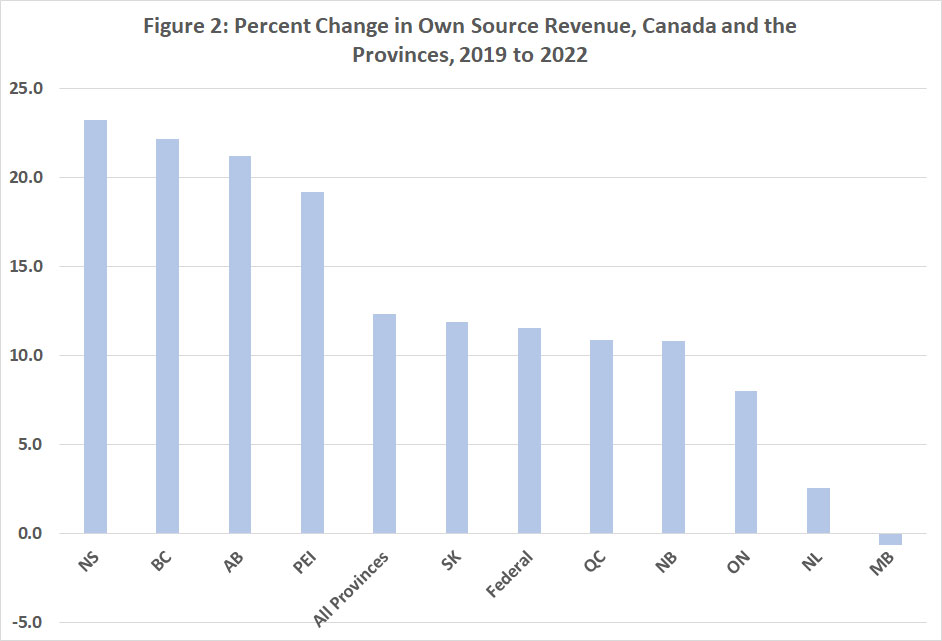 Even then, once transfer payments are factored in, all provinces saw an increase in total revenue (including Manitoba). Own-source revenue growth for the provinces ranged from highs of 23 per cent (Nova Scotia) and 22 per cent (British Columbia) to lows of 2.5 per cent (Newfoundland and Labrador) and -0.7 per cent (Manitoba).

In the end, the anticipated revenue apocalypse for governments did not come to pass.