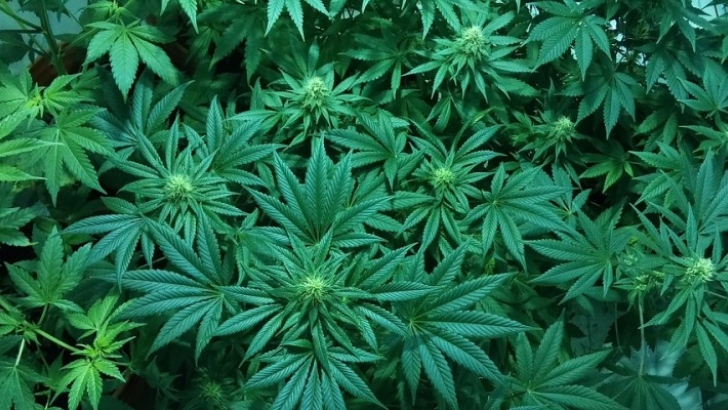 One of my favourite math puzzles—actually, I’m not much of a mathematician, so it’s one of the few math puzzles I know—is the surprise test problem, which I learn from Wikipedia is also referred to, much more melodramatically, as the surprise hanging problem. It comes to mind because of the federal government’s announcement that as of October 17 smoking marijuana will be legal in Canada.

Suppose the prof in a course you’re taking tells you there will be a surprise test between now and the end of term. When do you think it will be? Well, if it’s really to be a surprise, it won’t be on the last day of class. If it hasn’t been given by then, it can’t be a surprise: you’d know the night before that you had to have a test the next day. But if that’s true for the last class, it’s also true for the second last class. If you know it can’t be held on the last day, and if you’re down to the last class before the last day and it hasn’t been held yet, then you know it’s got to be then—but again that means it won’t be a surprise. Repeat that logic for every class back to now and, logically, you can’t have a surprise test. Right?

Exactly what’s wrong with that logic I’ve never quite understood. But we know that in real life surprise exams are possible—many of us will have taken them in school or university—so it can’t be right. But it makes me wonder how our police forces and prosecutors are going to handle dope-smoking between now and October 17th. It’s still against the law. But everyone knows that after October 17th, inclusive, it won’t be against the law. Are cops going to arrest people on October 16th, knowing there’s only a day left for marijuana use to be a crime? I suspect not—unless a police officer badly wants to get onto YouTube or into the newspapers. But if not October 16th, how about October 15th? Or, using the same logic, October 14th? Which, following the example of the surprise test problem, brings us all the way back to today. Which suggests the question: Has Canada already seen its last marijuana arrest, despite the fact that legalization only takes place Oct 17th?

To play devil’s advocate for a moment, the argument for continuing to arrest marijuana users up to and including October 16th is that the offence is not really consumption of marijuana, it is defiance of the will of Parliament, which is an extension of the will of the Canadian people, as expressed in a duly, deliberately, democratically legislated statute. If the Canadian people, operating through their elected representatives, agree we all shouldn’t do something, then we all shouldn’t do it, even if they have also agreed that after a certain date we can all legally do it if we choose to. If Parliament has decided the rules should stay in place until October 17th, then the rules should stay in place and, if that is to mean anything, they have to be enforced.

The same argument might apply to the question of amnesty or pardon. Lots of people are proposing that with pot-smoking becoming legal for the future we should pardon anyone convicted of pot-smoking in the past. But again, is the crime the actual pot-smoking per se or is it defiance of the law, a very serious matter in a society ruled by law? That the law may now appear to have been unwise or even unjust is, by this argument, no reason to have broken it. The point is to obey the law and in so doing respect the process that brought it into being. Unjust laws can be overturned in the courts. Our marijuana laws never were. Breaking them was therefore not a blow for justice but an expression of disrespect for Canadian democracy. That at one stage in his or her life a person was willing to defy our democracy may be something we want to keep an official record of even if the same action, after October 17th, or maybe even from today, won’t constitute such defiance.

I’m not sure I believe that argument I’ve just made, though as with the surprise test problem, I’m also not quite sure why. In any case, don’t get me started on jaywalking.