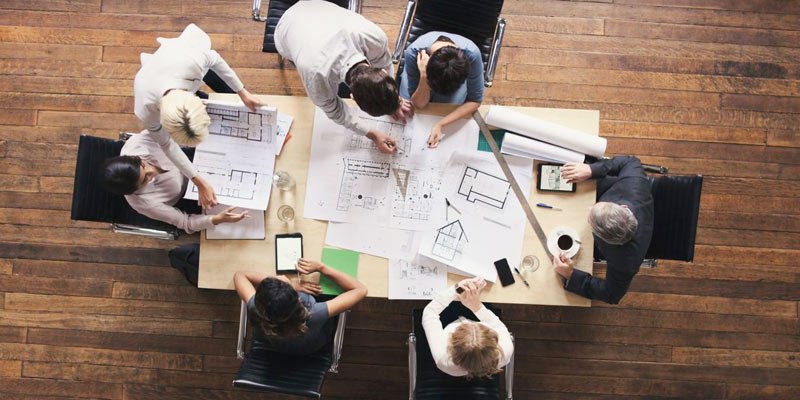 Entrepreneurship plays an essential role in fostering a strong economy for Canada. Entrepreneurs innovate, bringing opportunities and benefits to Canadians. So it’s concerning that the rate of entrepreneurship in Canada has steadily declined over time.

Which raises important questions. What, if any, policies are available to help turn this trend around or at least slow it down? These questions have been studied in the realm of tax policy.

Consider a recent study that analyzed Canadian provincial data from 1984 to 2015, measuring how the top personal income tax rate affects entrepreneurship while accounting for other influential factors such as demographics, business taxes and the state of the economy. To measure entrepreneurship, the study uses the business entry rate, defined as the number of new businesses as a percentage of total businesses.

The results are revealing and point to a negative relationship between entrepreneurship and the top personal income tax rate, with higher rates associated with lower rates of entrepreneurship. Holding all else constant, every one percentage point increase to a province’s top personal income tax rate is associated with a 0.21 per cent decrease in the business entry rate over the long term (in this context, approximately a four-year span).

As displayed in the chart below, a one percentage point increase to the top rate can prevent between 14 and 696 new businesses from entering the economy, depending on the particular province. 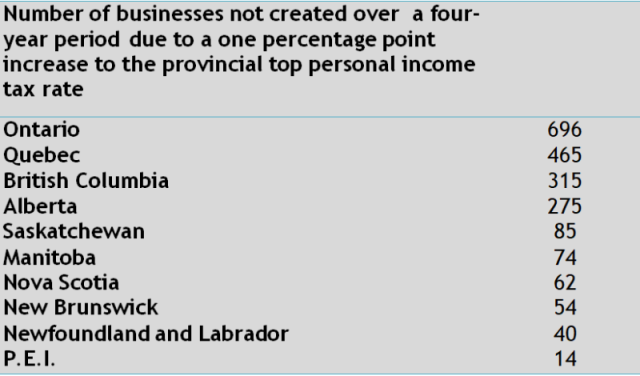 And yet, despite the worrying effects of a higher top personal income tax rate, several provinces recently raised their top tax rates—by more than one percentage point. For instance: