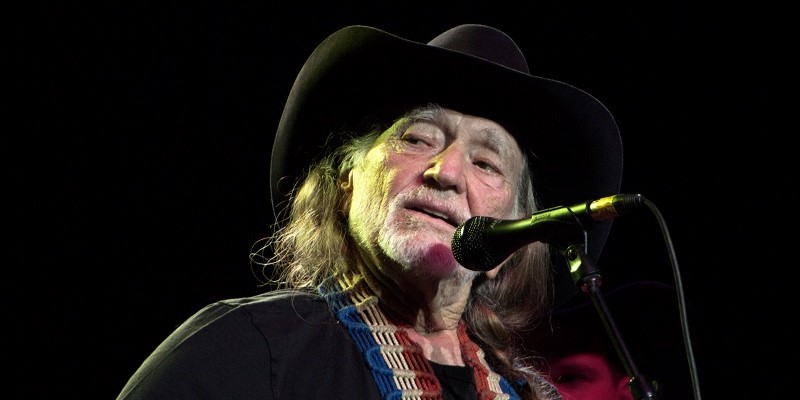 If anything ever were to drag me from my current free-market home over to the political Left, it would probably be the films of Ken Burns. The latest in his long line of historical documentaries about the real lives of real Americans is his 16-hour saga on country music, titled Country Music, which showed on PBS earlier this fall.

I watched large chunks of it. Whether it’s his always moving (in two sense of “moving”) black-and-white photos of poor people fighting the Civil War or living through the Depression or playing baseball or being ministered to by the Roosevelts (Theodore and Franklin and Eleanor) there’s a Frank Capra we-the-people sensibility to just about everything Burns does. A sensibility heightened by the fact that his usual narrator, the actor Peter Coyote, channels the prairie-flat intonations of Henry Fonda who in 1940 was nominated for an Academy Award in the film version of John Steinbeck’s Depression-era epic, The Grapes of Wrath (which was actually directed by John Ford, not Frank Capra).

I’m not sure the dusty glow emanating from everything Burns films was always there in reality. The cross-racial interaction he focuses on at the origins of country music can’t have touched every country musician. Many Deep South whites, which covers most people in country music in the early days, must have made their peace with Jim Crow or even embraced it. And yet, at times Burns’ story-telling is so powerful you find yourself wondering where you can sign up for the Works Project Administration or some other New Deal undertaking and march along in your coveralls singing Woody Guthrie and Pete Seeger songs.

I’ve written before about how being an economist changes the way you see the world. Thus I found it interesting that the Grand Ole Opry, maybe country music’s greatest institution, was started, and for years run, by an insurance company, mainly as an advertising vehicle. You wonder if that explains why so many country songs are about the calamities that can befall a person. (You can almost hear the bosses: “Keep the floods and train wrecks coming, boys! And maybe some more songs about personal liability.”)

It’s also interesting that country music itself, this great cultural tapestry that so many of us formerly condescending urbanites have now begun to appreciate, was an industry, always referred to itself as an industry and was driven by many industry participants’ desire to make money. Thus we learn that Dolly Parton’s country hits never sold more than 60,000 records. It was only when she switched over to pop (or country-pop, which she helped develop) that she hit the millions—which was one reason she did switch. An economist is also bound to note that, despite his strong collectivist sensibilities, Ken Burns’ films are mainly financed by private foundations. The private sector can make big contributions to a country’s common culture.

I also expect I’m the only person watching the series who came away from one episode thinking about the “marginal rate of time preference,” which is how economists inelegantly describe people’s feelings about spending now vs. spending in the future. The central anecdote involves Willie Nelson and Faron Young. (You can see them tell it themselves here.) Early in his career, like so many people starting out, Nelson was chronically broke. He got into the habit of selling away the rights to songs for what in retrospect are pittances: $200 or $300 cash (albeit in the un-inflated dollars of the 1950s and 1960s). In 1960 or 1961, strapped for cash, he offered to sell Faron Young, a well-established star, the rights to what became the country-music classic “Hello, Walls” for $500. Young, to his great credit, said he would lend Nelson $500 but he should keep the rights. Young then went ahead and recorded the song and, contrary to his own band’s expectations—“Hello, ceiling… Hello, door… Hello, kitchen sink,” they joked—it became a big hit. Several months later Nelson received a cheque for many times $500. (I seem to recall the Burns’ film saying it was $14,000 but in the YouTube video Young and Nelson say $20,000. In any case, it was for a lot of money. And the song presumably has made Nelson even more money since.) The story’s punchline is that on receiving this eye-opening cheque Nelson tracked down Young in the Nashville bar songwriters favoured, just across the street from the Opry, and gave him a great big hug and kissed him on the lips. “Ain’t never been kissed better!” Young says.

That story says many things. But one eensy-teensy thing it says is about the rate of time preference. Nelson habitually—and a habit may have been part of it—needed money NOW. He was therefore willing to give up substantial amounts of future consumption to finance his current consumption. It would take a pretty high interest rate to persuade him not to spend whatever he had in hand now. By forcing his friend to save, however, Faron Young showed Nelson just how big an interest rate was possible from some of his songs. Equipped since then with full information, and with a royalty stream that kept him off rock-bottom, Nelson presumably made better consumption choices ever after.

Though if this were a country song, that probably wouldn’t be true.