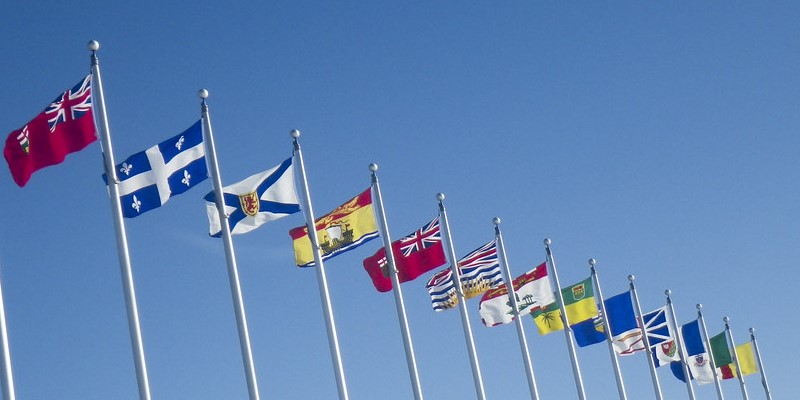 As the COVID-19 crisis unfolds and governments across the country scramble to respond, public spending is increasing quickly, particularly at the federal level.

Much of this spending is entirely reasonable and indeed necessary. Expenditures on necessary personal protective equipment for medical staff and to make testing more widely available are obviously worthwhile uses of government funds. Similarly, some of the ongoing efforts to stabilize incomes during this period to help individuals and businesses are prudent.

However, in designing programs and policies to respond to the pandemic, governments across the country should be cognizant of the fact that it’s generally easier to ramp spending up than to bring it back down.

Of course, the current situation is unlike any other Canadian governments have faced in the past, but still, it’s worthwhile to look at recent history to better understand this reality.

Consider the case of Ontario. When the recession of 2008 struck, the province responded with a substantial increase in government spending. In fact, program spending (all spending other than debt service) climbed by 20 per cent over just two years. As a result, the provincial budget deficit climbed to $19.3 billion in 2009 and $17.3 billion in 2010. 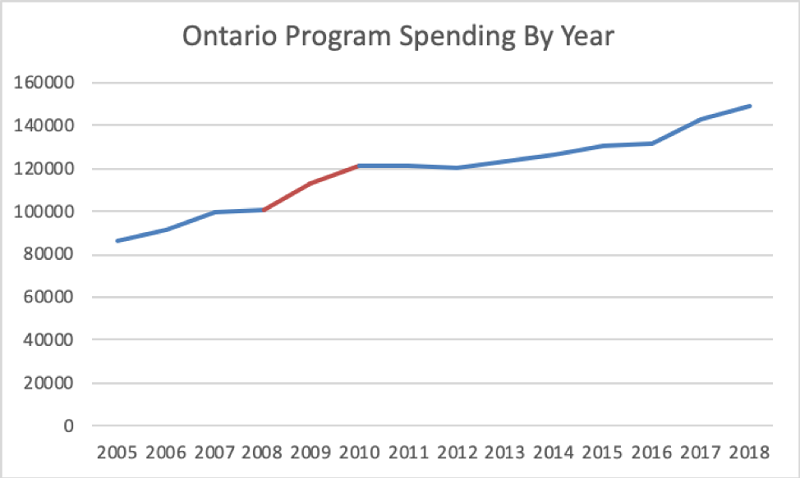 As is so often the case though, the government didn’t bring spending back down after the recession nearly as fast as it had gone up. In fact, in nominal terms, spending didn’t come down at all. Instead, it stayed close to the new post-recession baseline level for several years before resuming a (gradual) upward trajectory in 2013/14.

There are lessons here for policymakers as they design emergency economic programs. Everybody is working hard to get programs in place quickly, and that’s not easy. Still, in so doing, to the extent possible governments should remember that it’s often harder to bring spending back down after a crisis than it is to bring it up during one and therefore generally favour programs and policies that are relatively easy to wind down when the time comes.

Otherwise, governments can find themselves at a new baseline spending level that is far in excess of revenues and see a long string of deficits and rapid accumulation of debt, just as occurred in Ontario over the past decade.

Across Canada, the top priority for governments right now has to be getting help, particularly medical help, but also financial, to those in greatest need. However, they should also consider the medium- and long-term effects of their policy choices to the extent possible. As such, a general preference for policies that are easier to wind down combined with commitment to return to pre-crisis spending levels on a reasonable timeline post-recession will help prevent the health of government finances from deteriorating in the years ahead.