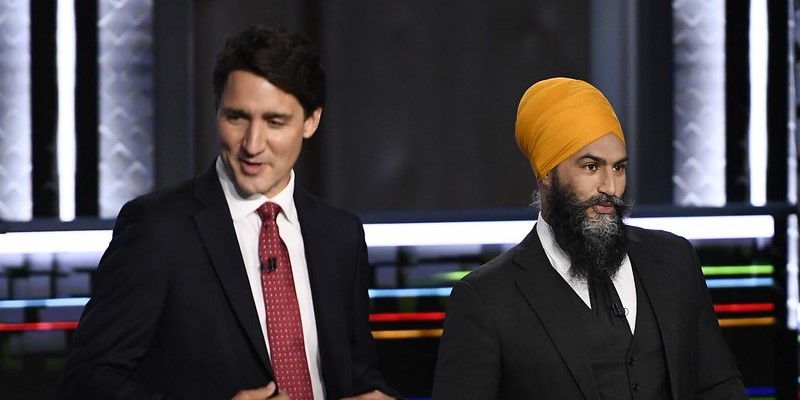 On Tuesday, the Trudeau government struck a deal with the NDP that will allow the Liberals to continue governing until 2025. This plan, however, raises questions about the long-term health of federal finances and Canada’s economic growth.

Specifically, the agreement will permit the current government to table four more budgets between 2022 and 2025 while meeting demands from the NDP for increased spending and greater certainty on initiatives such as national pharmacare, dental care and child care.

Increasing the role for government in the Canadian economy is not a new strategy for the Trudeau government. It immediately began increasing spending after taking office in 2015 and Prime Minister Trudeau subsequently broke the record for the highest level of spending in Canada’s history at $9,224 per person in 2018/19 and again at $9,671 in 2019/20 (all figures are adjusted for inflation so they’re comparable over time).

Once the pandemic began, federal per-person spending soared to $17,121 in 2020/21. While spending is set to decline from levels at the height of the pandemic, over the next few years it will remain well above the record level experienced pre-COVID.

In fact, based on election promises contained in the last Liberal party platform, per-person spending (inflation-adjusted) was projected to be $10,846 in 2022/23.

But the agreement with the NDP will likely increase spending over and above previous expectations. The NDP platform from the last federal election called for per-person spending to reach $11,446 in 2022/23, which would exceed the record pre-COVID spending of 2019/20 by 18.4 per cent and spending levels during the 2009 financial crisis and the Second World War.

In other words, federal per-person spending will likely be much closer to the NDP’s estimate in their platform than the Liberal plan.

What are the potential consequences?

For starters, federal budget deficits could be higher than predicted and debt accumulation will continue if all new spending is financed mostly through borrowing. Tax increases may also be on the table to finance some of the spending since the NDP has expressed support for a wealth tax and tax hikes on personal income, capital gains and businesses—all of which would be economically damaging.

It’s also worth noting that higher government spending simply didn’t translate into a strong economy pre-COVID and is unlikely to do so post-COVID.

Consider a recent study, which measured economic performance in the four-year periods preceding the last five recessions under Trudeau (2016-19), Harper (2011-14), the Martin-Harper governments (2005-08), Chrétien (1997-00) and Mulroney (1986-89). After adjusting for inflation, growth in GDP per person (a common measure of the strength of the economy) during the Trudeau period averaged 0.8 per cent, markedly lower than any of the other four periods analyzed. The next lowest performer was the Martin-Harper period with 1.2 per cent average growth while the Chrétien period experienced 3.7 per cent growth. Similarly, the Trudeau government had the poorest performance on measures of total economic (GDP) growth, and household and individual income growth.

Job creation showed similarly poor results. Under the Trudeau government, private-sector employment grew (on average) by 1.5 per cent between 2016 and 2019—less than half the growth experienced in the Mulroney period of 3.3 per cent and well below Chrétien’s 2.9 per cent growth.

The agreement between the Liberals and NDP will undoubtedly increase federal spending compared to previous expectations. High levels of government spending have not translated into economic success in the past; this deal could simply produce more debt, tax increases, or some combination of both.