The federal government appears to be contemplating a tax on soft drinks and other sugar-sweetened beverages to fight obesity in Canada. According to the Canadian Press, Finance Minister Bill Morneau’s office requested an analysis be conducted in this regard. The request came ahead of a Senate report on obesity recommending that the government “[c]onsider a tax on sugar- and artificially-sweetened drinks.”

Several U.S. states and countries around the world—including Demark, Finland and Mexico—have experimented with so called “fat taxes.” The evidence shows such taxes have been largely ineffective and have produced a number of unintended consequences.

Consider the results of research into soda taxes from the U.S. In a recent study published in the journal Health Economics, researchers sought to estimate the effect on weight of soda pop taxes that were much higher than the average. (They focused on large taxes since the existing literature has found small and often hidden soda taxes “do not have detectable impacts on population weight.”) On large taxes, the researchers found little evidence that a large soda pop tax would lead to reductions in population weight.

A key reason fat taxes tend to be ineffective is that people substitute away from the taxed goods to other high-calorie goods that aren’t necessarily healthier. This result was found in another U.S. study focusing on the effects of soft drink taxes on child/adolescent consumption and weight outcomes. The study, published in the prestigious Journal of Public Economics, found that while soft drink taxation led to moderate reductions in consumption by children and adolescents, the reduction in consumption was completely offset by increased consumption of other high-calorie drinks.

The experience in Europe is similar to that in the U.S. Evidence there suggests that taxes on sugary drinks and other food products tend to lead to only small reductions in consumption. Again, the small reductions in the consumption of sugary drinks and other food products do not necessarily translate into weight reductions. Similar to the experience in the U.S., consumers in Europe have responded by finding ways around the taxes including substituting to other high-calorie beverages or to cheaper brands of the same product.

Denmark’s experience is telling. A 2013 study on the effect of a Danish tax imposed on saturated fat found that while there was an overall reduction in the consumption of fats (subsequent research found the reduction in consumption to be much smaller than initially estimated), consumers also switched from purchasing some of the taxed goods in a high-price supermarket to a low-price discount store. In addition, there’s evidence that when the tax was introduced, Danish consumers simply crossed the border into Germany to purchase their preferred products.

Another important issue with fat taxes is their regressive nature, as lower-income Canadians spend higher portions of their income on the types of beverages that the tax would apply to. Indeed, the memo that Minster Morneau is said to have received mentioned that Denmark abandoned a proposal to tax sugar out of the concern that low-income individuals would be most hurt by the tax. 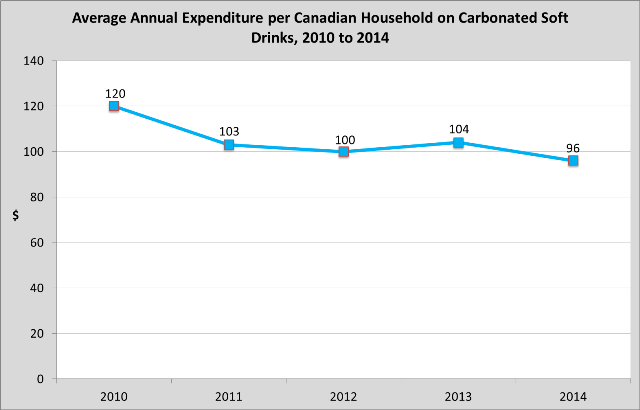 The evidence from abroad shows fat taxes are ineffective and regressive. The federal government would do well to resist calls to implement a tax on soft drinks and other sugar-sweetened beverages.