Moon race not an apt analogy for today’s energy transition 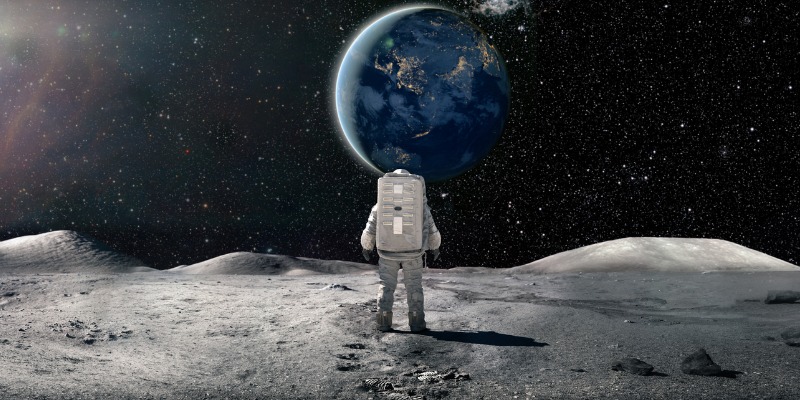 Advocates for eliminating fossil fuels and transitioning to clean energy, including European Commission President Ursala von der Leyen, U.S. congresswoman Alexandria Ocasio-Cortez and Canada’s former Green Party Leader Elizabeth May describe this goal as a “man on the moon moment” linking the energy transition to President Kennedy’s goal of landing a man on the moon. For a host of reasons, mostly dealing with the extent of and who pays the price of failure, this is not a good analogy though it plays well in the media because of the nostalgia surrounding the Kennedy presidency.

On May 25, 1961, speaking before a joint session of Congress, President John F. Kennedy proclaimed that the United States “should commit itself to achieving the goal, before this decade is out, of landing a man on the Moon and returning him safely to Earth.”

There’s little debate that enormous scientific and technological breakthroughs can be linked to NASA’s work during this period. And that the moon landing represented a watershed event in mankind’s exploration and scientific progression. Advocates for a forced transition away from fossil fuels to clean energy such as hydro, wind and solar promise the same benefits despite significant differences between the two goals.

For example, the cost of failure and who will pay the price. Had the U.S. failed, there likely would have been geopolitical costs for the U.S. in the Cold War, and some technology breakthroughs probably would not have been achieved. In addition, taxpayer monies—some $49.4 billion ($482 billion in today’s dollars) between 1960 and 1973—spent by the U.S. government would have been for naught. However, for the daily lives of most citizens around the world, the failure of the race to the moon would not have imposed any real discernible costs. In other words, the costs to citizens was limited to the resources spent by Washington.

This is simply not the case with today’s forced energy transition. In addition to the tens of billions of dollars being spent directly by various governments in Canada on a host of climate initiatives, Ottawa has also imposed a carbon tax, cancelled previously approved pipelines, blocked approval of new projects including pipelines, prohibited the exporting of Alberta oil on the west coast, capped greenhouse gas emissions for the oil and gas sector (but exempted the other 74 per cent of emitting sectors), and started a forced transition to eliminate all GHG-emitting new vehicles by 2035.

These policies already impose real costs on Canadians today. A 2021 empirical analysis of the $170 per tonne carbon tax, which was recently corroborated by a similar study by the Parliamentary Budget Officer, found it would decrease GDP by 1.8 per cent (about $1,540 per worker in current dollars) and cause the loss of 184,000 jobs (net). These are real costs imposed on Canadians in addition to the taxpayer monies being spent.

These policies have also resulted in a massive decline in investment in the oil and gas sector, which whether admitted or not, was an intended outcome, and indirectly empowered a number autocratic regimes such as Russia, Iran, Venezuela and Saudi Arabia who continue to increase their production of oil and gas for a world whose demand for both continues to increase.

Most importantly, though, this entire transition has been mandated by government dictate premised on a future unspecified yet-to-be-determined technological breakthrough. In other words, the policies of the Trudeau government can only work if this technological breakthrough is achieved over the next decade or so. (As a sidebar, these risks are not necessary. If indeed an energy technology breakthrough does occur, there will be a natural transition to the new energy as has happened in the past with every other energy transition.)

Unlike the Kennedy ambition to reach the moon, if the Trudeau et al. forced transition to clean energies does not include a technological breakthrough, citizens will pay significantly more for energy and suffer markedly lower living standards. Of course, the elites forcing this transition will pay almost no price for failure.

And this is not hyperbole. Consider the experience in Europe before the Russian invasion of Ukraine. Many European countries reduced coal-generated electricity and phased out nuclear power, replacing them with renewables, particularly wind. However, as Europe recovered and energy demand increased, there was insufficient supply from renewables. The decline in traditional domestic energy capacity meant that Europe was beholden to gas imports, including from Russia.

Renewable energy like wind and solar require backup energy sources (natural gas, for example), because it’s not always windy or sunny, which is one of the reasons renewables remain costly. The pronounced increase in demand for gas, at a time when investment was generally declining and new infrastructure wasn’t being built, meant that supply couldn’t easily respond and prices increased. By the end of 2021, for instance, electricity prices in Germany, the United Kingdom, Spain and France had soared by more than 200 per cent and prices in the Nordic countries increased by more than 450 per cent compared to 2020.

This is the path Canada is on; we can only avoid a similar fate if some unnamed and uncertain technological breakthrough is achieved. Unlike the Kennedy marshalling of government resources in the race to the moon in the ’60s, the current mandates for energy transition pose a significant risk to the well-being of Canadians.