Much of Ontario struggled even before the pandemic 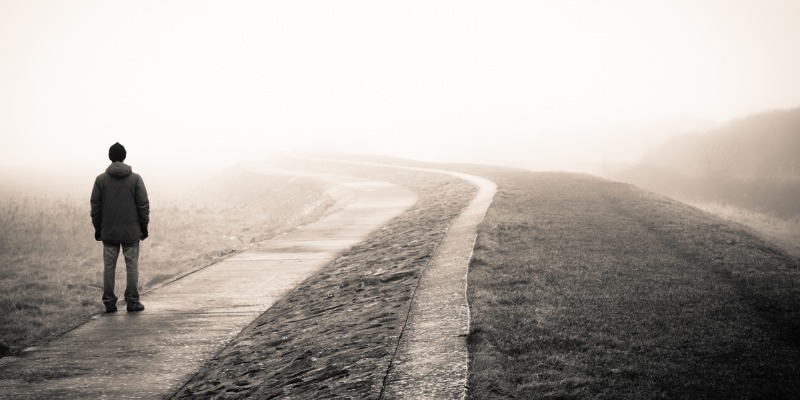 Ontario’s economy has been hit hard by the pandemic. But even before COVID-19, many parts of Ontario had yet to recover from the last major economic shock, the Global Financial Crisis. While Ottawa and the Greater Toronto Area (and some proximate cities) experienced a decade of recovery, some parts of the province found themselves with less jobs in 2019 than they had in 2008.

While the number of employees isn’t the only relevant metric to judge economic performance, it’s nevertheless important. A recent Fraser Institute study measured employment growth by Census Metropolitan Area (CMA) as well as non-CMA areas (smaller communities and rural areas). The results are presented below. 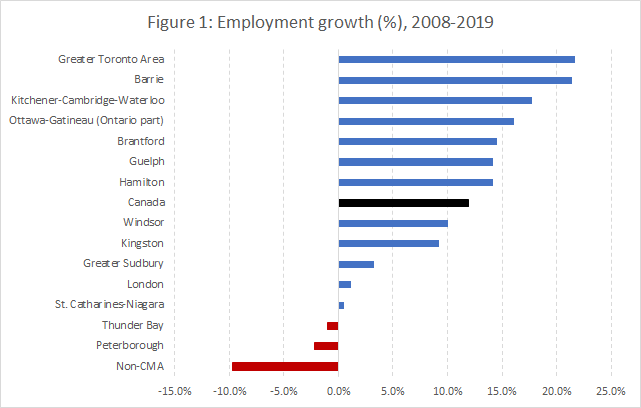 While the cities, towns and rural areas that haven’t kept up with the national average aren’t that large individually, the combined population of these communities is more than 3.7 million. If this group were its own province, it would be Canada’s fourth most populous— more populous than Atlantic Canada. As such, challenges in these parts of Ontario are of both provincial and national significance.

As Ontario gradually moves past the pandemic, it will be important not to let economic strength in Toronto and Ottawa distract from the real economic challenges in other parts of the province. And it will be crucial for policymakers to ensure that policies designed in Ottawa and Toronto are compatible with the realities of other parts of the provinces.