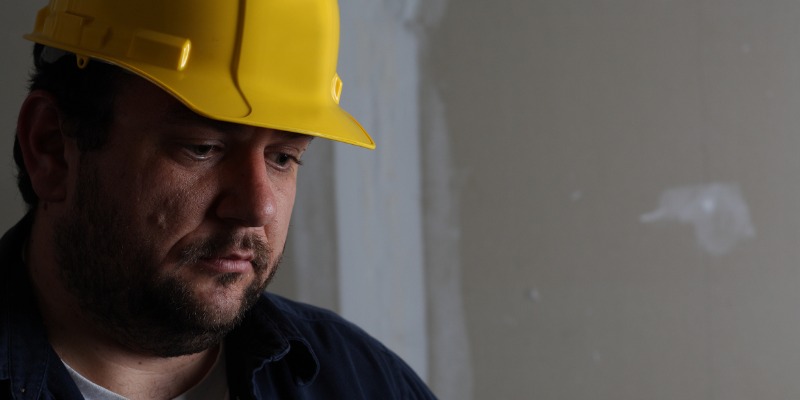 In our recent study, we examined rates of job creation in large cities across Ontario between 2008 and 2019 and found that Toronto and the surrounding urban areas all experienced substantial job growth during this period. We also found that job growth in Ottawa was significantly above the national average.

Meanwhile, job creation was weaker in Ontario’s major cities outside the GTA and surrounding area (excluding Ottawa). Windsor, Kingston, Sudbury, London, St. Catharines-Niagara, Thunder Bay and Peterborough all experienced a rate of job creation below the national average from 2008 to 2019. Meanwhile, job creation rates were even weaker in smaller towns and rural areas across the province. In fact, taken together, these geographical areas saw a 9.7 per cent decline in total employment from 2008 to 2019.

The different rates of job creation correlate with several important economic metrics including the rate of population growth or decline. The chart below illustrates the close connection between employment growth and population change. 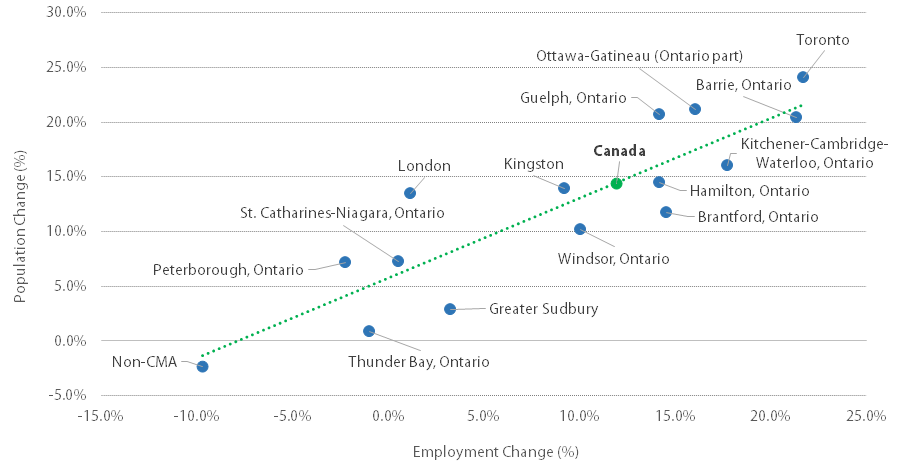 Considering these two indicators together is useful for understanding economic developments in Ontario over the last decade. The chart also reveals the stark difference in economic performance across the province. It shows all 14 of Ontario’s large cities and the rest of the province’s towns and rural areas grouped together in one “non-CMA” data point.

This helps illustrate the gap in economic performance between the Greater Toronto Area and surrounding cities plus Ottawa on the one hand, and the rest of the province on the other. A cluster of cities grouped in the top right corner of the chart has experienced population and job creation rates generally above the national average. A second cluster in the bottom left corner has experienced little or negative growth in both indicators during the time period.

The data here show a clear split. Ontarians living in or near the provincial and federal capitals have seen a decade of relatively high job creation rates and high population growth, while others live in areas with less dynamic activity and have seen near or complete stagnation in population and job growth.

Ontario contains many of Canada’s largest cities. The province’s “secondary cities” are as populous as provincial or even regional anchor cities elsewhere. London, for instance, is about as populous as Halifax. Southwestern Ontario has approximately as large a population as the Maritimes. The economic stagnation that has occurred in much of Ontario outside its two biggest cities should therefore be viewed as a national economic problem, not just a provincial one.

Despite the stagnation in many large Ontario cities, the economic challenges facing Ontarians living in them are sometimes overlooked. Toronto’s commanding size makes it easy to miss the economic challenges in “secondary” but still large CMAs and in smaller towns and rural communities in non-CMA areas. This can fuel misconceptions about the different economic circumstances facing large numbers of Ontarians. Regional economic analysis in Ontario can help reduce these information gaps.