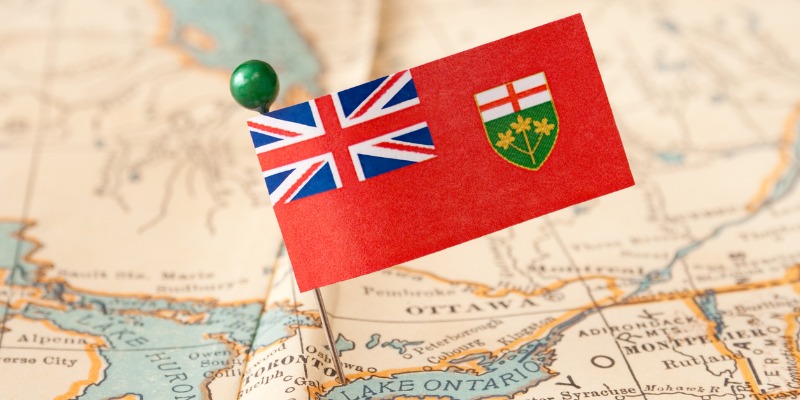 One of the headline numbers emerging from yesterday’s provincial budget in Ontario is the whopping $19.9 billion operating deficit forecasted for this year (which would still be $13 billion if all time-limited COVID-related spending were excluded). What’s less well known is that the operating deficit does not represent all the new debt the government will add this year.

Outside of the operating budget, the government will also add substantial new debt due to capital spending. As a result, the pace of financial debt accumulation will be faster in the years ahead than the oft-cited operating deficit numbers alone.

Let’s start by looking at this year. As noted, the province’s operating deficit this year (including time-limited COVID expenditures) will be $19.9 billion. However, the Ford government also plans to add a further $13.8 billion in debt-financed capital expenditures. As a result, the province will actually see its net debt (a measure that adjusts for financial assets) increase by $33.7 billion this year.

Capital expenditures will also contribute to debt accumulation beyond that shown in the operating budget in the years to come. The Ford government forecasts a cumulative operating deficit of $39.8 billion over the next three years. Net debt, however, will grow much more than that—by $73.5 billion.

The chart below shows the increase in nominal net debt (which combined operating debt with debt from capital spending) each year since 2010 when Ontario was still recovering from the 2008/09 recession. As we can see, annual debt growth has increased substantially since fiscal year 2018 when the Ford government took office.

The net result is that the province’s nominal debt load will continue to climb in the years ahead—in fact, at a significantly faster rate than during the final years of Premier Wynne’s time in office—with net debt expected to climb from $338.5 billion in 2018/19 to $468.4 billion in 2024/25.

To be sure, the COVID recession and pandemic have played a role in the pace of debt accumulation in recent years. But it isn’t a major cause of the trend. The Ford government’s pre-pandemic fiscal plans showed substantial continued debt accumulation. Then, during the worst of the recession, emergency transfers from Ottawa substantially softened the blow to provincial finances during the recession. And now, rapid debt accumulation is forecasted to continue even as the annual fiscal effects of the pandemic and recession dissipate. Clearly, COVID is only a small part of Ontario’s recent debt story.

To be clear, the case for using debt to finance legitimate capital expenditures is stronger than the case for debt financing of current activities in the operating budget. As Jean-Francois Wen explained in a 2015 study on Ontario finances, using debt to finance infrastructure (such as roads that will produce benefits for many years) can make sense, with the debt repaid gradually as the asset erodes.

However, if governments refuse to exercise discipline in the operating budget as the Ford government has clearly done, Wen notes that future taxpayers are “on the hook” for current spending, which raises issues surrounding intergenerational equity.

Governments sometimes take advantage of this principle of government finance by “hiding” debt that should properly be counted as current spending in the capital budget to make the present operating deficit—and therefore the extent they’re putting future taxpayers “on the hook” for today’s spending—smaller than it is. Distinctions between capital and operating debt are therefore fuzzier than we might like, which is why it’s important to pay attention to the change in overall debt each year and not just the highly publicized operating deficit.

If a government simultaneously adds substantial operating debt and capital debt, as is the case in Ontario, the results are often unsustainable. This is precisely the reason Ontario’s net debt-to-GDP ratio (a measure of fiscal health) is projected to remain stubbornly high in the years, ahead even as the economy grows. Furthermore, a recent independent analysis from Finances of the Nation shows that Ontario’s debt trajectory is currently technically unsustainable, which means the size of the debt relative to the overall economy is on track to keep growing in the years ahead.

Although many economists consider debt financing certain types of spending as more defensible than others, it’s the combination of the rate of increase for different sources of debt that (along with the rate of economic growth) determine the sustainability of any government’s finances. That’s why it’s important to look beyond the headline operating deficit number and consider the overall rate of debt growth. When we do so in Ontario, the results aren’t pretty, as the pace of debt accumulation has continued to accelerate since the election of the Ford government in 2018.