Ottawa’s going to fight poverty—good! (though they could fight better) 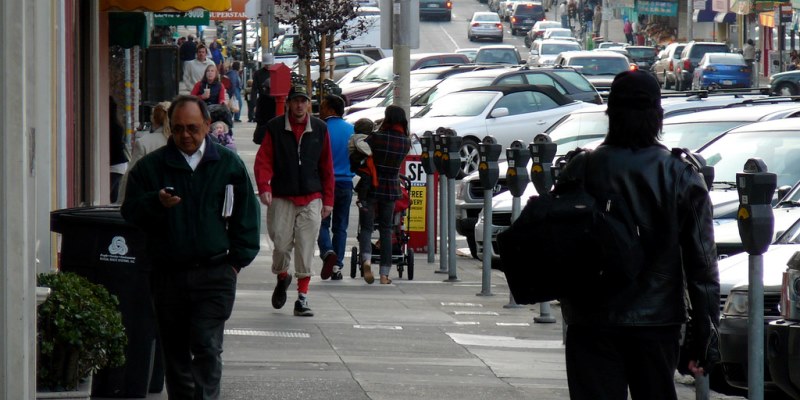 In what amounts to a new federal white paper on poverty, Opportunity for All, the federal government has announced it will try to cut Canada’s poverty rate in half by 2030. We in the column-writing business spend so much of our time criticizing what governments do, it’s nice to be able to point out some very good things about this initiative. (On the other hand, the habits of a professional lifetime are hard to break so I’ll also have some less complimentary comments.)

First piece of good news—they’ve got the target right. The target is poverty, not inequality. In 2015 I published a book with University of Toronto Press called The Inequality Trap: Fighting Capitalism instead of Poverty, that made precisely that argument. Poverty is the problem and should be the target in a rich society like ours. People at the bottom of the income distribution aren’t poor because people at the top are rich. They’re poor because of their inability to thrive in the labour market. Let’s work on what’s keeping them down there—including, in some cases, their own bad decisions—and worry less about why other people are doing much better.

Second, they’ve got some of the best economists in the country working on the problem. The minister responsible for the initiative is Jean-Yves Duclos, a longtime Laval university professor, leading member of the Canadian Economics Association, and someone who knows the ins and outs of labour market incentives and disincentives as well as anyone. One of my favourite graphs of all time is a picture Duclos produced of the veritable cloud of different marginal tax rates—some of them very high—that people in different social and demographic circumstances, at different levels of income, face. It’s a jungle out there in terms of the complexities created by the myriad social programs and their taxback rates that we already have.

Another person involved—he writes an introduction to the white paper—is Miles Corak, formerly with Statistics Canada, now at the University of Ottawa, who spent a year in Duclos’ department during extensive consultations leading up to Opportunity for All. Beginning with his work at StatsCan, Corak has been a world leader in parsing the poverty and inequality numbers and ratios.

Third, the country will have an official poverty line, the “market basket measure” (MBM). I’m not sure it’s necessary to sanctify one measure of poverty with official status—we should always look at a problem from as many angles as possible and let the intellectual marketplace decide which measures are most useful—but Statistics Canada always did a silly non-denial denial dance around its original measure of poverty, the LICO (or low-income cut-off), which says you’re poor if you spend 20 per cent more of your income on food, clothing and shelter than the median member of your demographic group. The dance is now over and the MBM is what we’ll target.

Fourth, the MBM is, as the government openly and unashamedly declares, an absolute measure of poverty. It’s the cost of a basket of goods that your demographic group needs to participate fully in society. Deciding what goes in the basket is obviously arbitrary and also subject to change over time: videotape rentals are out, as the government notes, and Internet access is in. So the MBM evolves in a way that will strike some as making it a relative, rather than absolute measure, of poverty. But the fact the government is moving to what it at least calls an absolute measure warrants a tip of the hat to Christopher Sarlo of Nipissing University, whose path-breaking 1988 book for the Fraser Institute (Poverty in Canada) made the case for absolute measures. Three decades ago Sarlo was almost literally a voice in the wilderness on these issues. Now Canada’s official poverty world has come round to his point of view. He and the Fraser Institute should take well-deserved bows.

Fifth, focusing on poverty is the right thing to do. This government has built its political and policy program around the middle class. But the people hurting most in society are at the bottom of the income distribution. People who are already doing all right don’t need the attention of government, no matter how many of them vote. People who struggle do. So kudos to the government for what could be the start of at least a symbolic change in focus.

Now, as promised, some reservations.

It would be good to have a truly national anti-poverty effort. Not many people in the country will oppose reducing poverty. It’s a goal capable of uniting just about everyone. Unfortunately, Opportunity for All has an unmistakably partisan cast. Much of it talks about what the federal government has already done to try to reduce poverty. But it’s not really talking about the federal government. It’s talking about this federal government. There’s no question Ottawa has taken important anti-poverty steps in recent years, including reducing tax rates on low-income people and increasing child benefits, both tax and non-tax. But the long and essentially defensive list of existing measures the document provides starts in 2015.

That’s when the Trudeau government took over. But in any reasonable recitation of what’s happened to poverty rates in Canada in recent years, that’s just historically inaccurate. The previous federal government did a lot to reduce poverty, with tax reduction, child benefits and tax credits for work. Poverty rates in families headed by single moms fell in half after 2000 and much of the progress occurred in years when Liberals weren’t actually in charge in Ottawa. A Canadian war on poverty could be a great thing—especially if it avoided many of the programmatic errors of Lyndon Johnson’s original war on poverty—but a Liberal war on poverty? That diminishes what should be an important national cause.

Another reservation. The document is shot through with what has been the current government’s preoccupation in the last couple of years—which I think may be its undoing in next year’s federal election—and that’s identity politics. I’m sure discrimination of various kinds, and colonialism over native peoples, has had at least something to do with why people from various minority groups, be they racial minorities or behavioural minorities, are not doing as well as others in Canadian society. But how do you fix that? If somebody’s going to be, say, a bank vice-president in this society and live on the higher rungs of the income ladder, they must read and speak English or French very well, be very numerate, have detailed schooling in business and management, possess social skills to get along with all manner of people, dress and behave according to business norms, and so on. Discrimination may be at the heart of why many people simply don’t have those attributes but that doesn’t mean they can succeed without them. Getting them the attributes and attitudes, not dwelling on the historical reasons they may or may not have them, should be job one.

Finally, an appendix to the document provides a long list of things—by my count, fully 86 programs and initiatives—that the federal government has done or is doing to reduce poverty. (Again, virtually all of them introduced or intensified since 2015.) Unfortunately, there’s little way of knowing just how much of a dent each has made in poverty or whether 86 programs is enough—or if we need 106 or 206 before we’re done.

Many of the 86 may help. Many others probably don’t do much harm—even if, as seems likely, they disproportionately favour the already higher-income civil servants responsible for implementing them. But at bottom, many are redistributive.

There’s certainly a role for redistribution in a modern society. Some people will have difficulty no matter how many anti-poverty programs you have. But a robust growing economy will do at least as much (and probably more) to allow people to stand on their own two feet and achieve the dignity of self-reliance than almost any number of federal programs. Both an anti-poverty document and an anti-poverty effort must focus on how to get the economy to churn out as many jobs and as much income as possible, providing non-government opportunities for all. A rising tide may not lift all boats. But it likely will lift most, and governments can deal with those it doesn’t.

The Trudeau government seems to favour an Obama-style regime of detailed regulations and intervention to guide economic activity in the directions it favours. Rapid economic growth in the United States, following the abandonment of many of these regulations and interventions, seems to discredit that approach—however personally discreditable is the president overseeing their removal. It would be good if next year’s election centred on whether identity policies and guided growth are the best remedies for poverty. Or if an open robust expanding economy really does create opportunity for all.