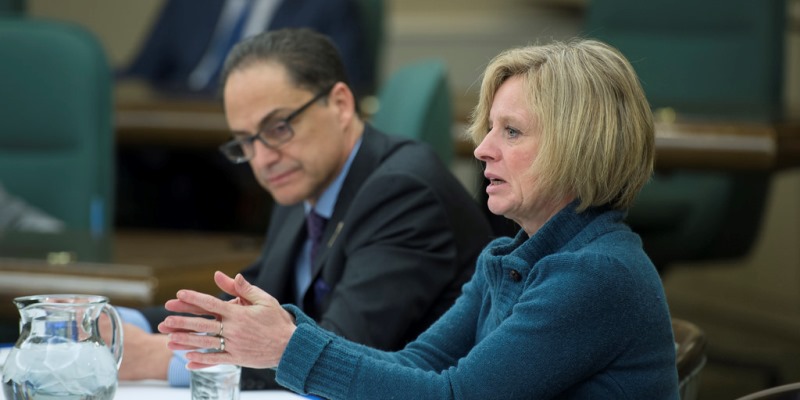 Alberta’s recent second-quarter fiscal update included some good short-term news. The province’s projected deficit for 2018/19 is down by $1.3 billion from the budget estimate. The bad news—the deficit is still projected to be $7.5 billion, and the reduction in the projected deficit was driven by what might have been a temporary uptick in oil prices. Recent price levels suggest this uptick may be short-lived, which threatens the government’s long vague path to budgetary balance.

The meagre progress the Notley government made on reducing this year’s deficit has been driven entirely by an influx of revenue. Revenue is now estimated at $1.7 billion higher than initially budgeted. The reason that the deficit is only projected to be $1.3 billion lower is because, once again, the government’s spending estimates has been revised upwards.

This has been a constant theme during Joe Ceci’s tenure as Alberta finance minister. Revenue goes up, spending goes up. That’s why the deficit has remained stubbornly high even as government revenue has grown reasonably quickly in recent years.

The government’s failure to restrain spending (and the resulting string of large deficits) is causing the province’s debt burden to grow quickly. The province’s net debt is projected to close in on $30 billion by the end of this fiscal year and nearly $50 billion by 2020/21.

Beyond the ordinary dangers of riding the resource rollercoaster—for instance, that politicians are tempted to spend freely in good times, contributing to deficits during bad times while they wait for the next boom instead of cutting spending—this latest ride could be fundamentally different, and the dangers could be even greater.

While the shock to the oil and gas market in 2014/15 was in many respects a typical (though severe) external shock, the widening price discount between Western Canadian Select (WCS) and West Texas Intermediate (WTI) oil has wreaked havoc on the Canadian energy industry recently, while much of the global oil industry has thrived. Roughly speaking, while WTI is priced at more than $50 per barrel, marginal barrels of WCS were recently selling for closer to $10.

It’s true that WCS tends to sell at a lower price than WTI due to transportation costs and differences in quality between the two products, but that $40 differential is more than twice the typical price gap. While temporary measures could potentially shrink the gap, the industry needs longer-term solutions, such as greater pipeline capacity, to prevent enormous price gaps from devaluing Alberta oil.

While the headline deficit number may seem encouraging (at least relative to initial budget projections), the fact that it was driven by a short-term fluctuation in energy prices highlights the danger of relying on continual resource revenue expansion to close Alberta’s budget deficit, particularly given the uncertainty of global oil markets and the bottlenecks strangling Canada’s energy industry.