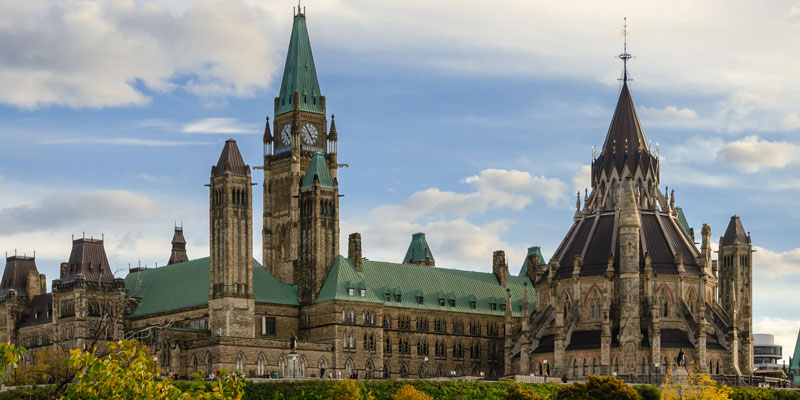 In 1969, UCLA economist Harold Demsetz formalized an important concept in comparative economics—the Nirvana fallacy. His argument was that it was inappropriate, misleading and potentially counterproductive to compare hypothetical ideal norms with existing real-world, and thus imperfect, institutional arrangements. Demsetz’s insights into how best to compare different institutional rules and policies are critically important today as we consider economic policy reforms.

More specifically, there are economists and pundits offering suggestions for economic reforms that ignore, or at least downplay the reality of government (see here, here and here for blogs on the realities of government) and assume governments aren’t overly influenced by special interests or their own political fortunes, and that bureaucrats act with complete (or near complete) information with little or no regard for their own preferences. Such implicit or even explicit assumptions invariably lead to unintended consequences, which can dwarf any benefits from the proposed reforms.

Let’s take an example. Professors Paul Boothe and Christopher Ragan are both accomplished, well-regarded economists who have served in the federal government. They recently proposed a set of rules to guide federal assistance for businesses. Firms would have to substantiate to federal bureaucrats that their failure would impose costs more broadly on the economy than just their own workers, customers and owners. This is referred to as a systemic risk whereby there are substantial costs from a single or group of firms failing because it affects so many other firms.

Second, government would force firms into bankruptcy within a framework whereby taxpayers would be priority claimants. And third, governments would recognize that some firms won’t have a “realistic path to profitability” over the next few years and should simply be allowed to fail.

On the surface these guidelines are reasonable and make economic sense but fail with respect to the assumptions made about how government actually operates. For instance, the federal government has already aptly demonstrated its concern with any material business failures in Central Canada. The case of SNC-Lavalin should have solidified the reality of government when it comes to high-profile business failures, particularly in Central Canada.

Further, there is no evidence we’re aware of justifying the assumption that government bureaucrats have the information, foresight or incentives to be able to accurately or even proximately determine systemic risk and financial viability. Simply put, Professors Boothe and Ragan implicitly ascribe characteristics, knowledge, and behavior to government, specifically politicians and bureaucrats, that is both inaccurate and unrealistic.

A lesser example—the author acknowledges potential problems and framed his multiple ideas as a thought-experiment—is a recent column that included a suggestion for a temporary tax and a dedicated special debt fund for COVID and recession-related spending offered by prominent University of Calgary economist Trevor Tombe. The idea, which is an interesting and important one to consider, is to segregate the debt accumulated from the recession and response to COVID and payoff the debt over a specified time period with a temporary dedicated tax.

Like the Boothe and Ragan proposal, Professor Tombe’s proposal is reasonable and makes a great deal of sense until one considers how governments actually operate and more specifically how they might respond to these incentives.

It’s clear, for instance, that this federal government has a proclivity for spending regardless of its impact on the deficit and debt. As we pointed out previously, the financial decisions in 2018 illustrate the Trudeau government’s preference for ever-increasing spending. In the fall of 2018, the government realized revenues would be $5.5 billion higher and interest costs $2.5 billion lower than originally budgeted, resulting in a potential improvement in federal finances of $8.0 billion. Rather than reducing the deficit, the government hastily increased spending by $8.0 billion.

What’s to stop the federal government from, for instance, re-classifying a whole host of spending to be COVID and recession-related? Such a re-classification would mean that the operating deficit reported to Canadians would be much lower than the actual deficit because spending and borrowing would have been shifted to the new segregated fund, allowing for additional deficit-financed spending. As many economists have long recognized, spendthrift governments like the one currently in power in Ottawa will maximize the amount of money they’re able to spend within economic and political constraints. The proposal by Professor Tombe could, and likely would, increase the amount of money the federal government could politically borrow for current spending.

And lest we think this is just a theoretical criticism of spendthrift governments, we can examine the real-world case of California. It, like most U.S. states, has a constitutional requirement to balance its budget. What is often misunderstood, however, is that this requirement only applies to its General Fund, which is basically an operating budget. There are also “Bonded Funds” and “Special Funds” that are not restricted by the balanced budget requirement. The original idea behind the two additional funds was sound—match revenues with the spending related to special or dedicated levies as well as bond issues.

What gets missed is the incentives such rules present to governments who want to spend more. What’s happened in California is a shifting of spending defined as General compared to Special and Bonded. Specifically, General Fund spending has fallen from 81.0 per cent of total state spending in 2000-01 to 68.9 per cent in 2020-21.

The risk of suggestions that ignore the realities of government is that they provide intellectual fodder and space to create programs that might superficially look like what was originally recommended but eventually operate quite differently once the reality of government takes effect. And this is where the real economic costs are imposed on taxpayers and the economy more broadly. Understanding and incorporating the reality of how governments operate is vital and indeed necessary when reforming existing policies and introducing new ones.