Renewable power (wind, solar) gets 72% of energy subsidies in the U.S.

A new report by the U.S. Department of Energy makes for some interesting reading—well, if you’re an energy policy wonk with no life.

The report examines whether the U.S. electricity grid, as it’s evolving, is likely to remain as reliable as it has been in the brave new world of coal and nuclear retirements, wind and solar deployment, and low natural gas prices. The big take-away from the report seems to be that deploying wind and solar power undermines the economics of baseload generation, and if too much of that baseload is retired prematurely, the ability of the grid to provide peak power may be at risk.

It’s a lengthy document that I’ll be a while in digesting, but it carries an interesting table that I’d missed from another 2015 U.S. Energy Information Administration report on energy subsidies. 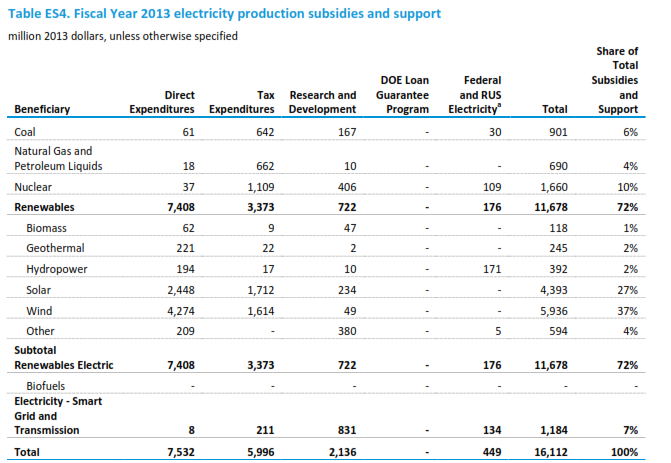 In the U.S., coal, natural gas and oil get about 10 per cent of the subsidies dished out by Uncle Sam, while the renewables get a whopping 72 per cent of subsidies.

It’s even worse on a subsidy-per-unit-of-production basis, as economist Stephen Moore points out in this article in the Washington Times last year. Moore’s chart (with data from the same report) needs no description. 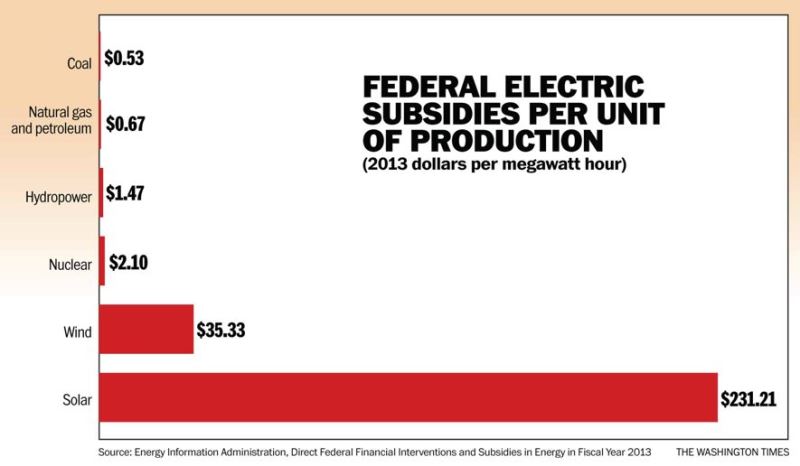