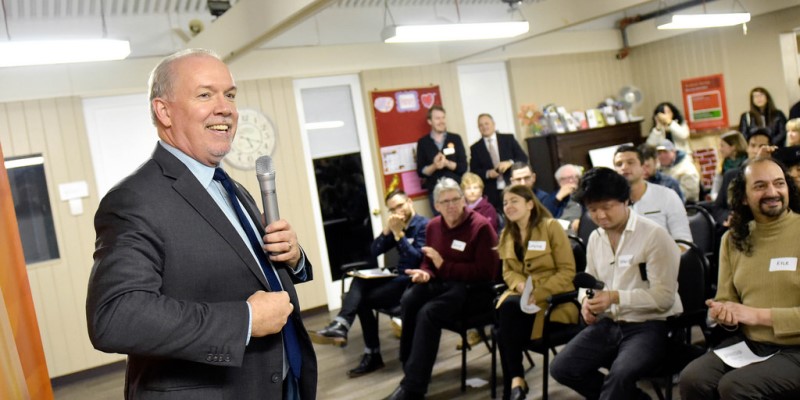 There are very few points upon which nearly all economists agree. So when more than 90 per cent of academic economists agree on something, policymakers should take note.

For example, the vast majority of economists agree that rent control is bad public policy, which ends up hurting those it seeks help. And yet, governments near and far still implement rent control policies, allured by their short-term appeal. British Columbia had this debate in the 1970s and 1980s (when the Fraser Institute published its first book on this very topic), but here we are in 2018 having the same old argument.

A 2012 survey by the University of Chicago asked academic economists if limits on rent increases “have had a positive impact over the past three decades on the amount and quality of broadly affordable rental housing in cities that have used them.”

One panel participant responded bluntly: “Unless all the textbooks are wrong, this is wrong.” And yet, well-intentioned politicians continue to advocate for rent control, even though the evidence suggests it reduces the supply and quality of the rental stock to the detriment of lower-income residents. The B.C. government is making that mistake. Again.

It recently announced it will peg allowable rent increases to inflation (estimated at 2.5 per cent for 2019), following a recommendation from its "Rental Task Force." With high and rising rents in the province’s biggest cities, it’s understandable the government wants to be seen as taking action. The logic is straightforward—if rents are too high, let’s cap them. It’s as simple as that. The problem is, it’s not that simple.

Underlying rising rents is a scarcity of available rental units relative to the number of would-be renters. Hence the stunningly low rental vacancy rate in Metro Vancouver. Without more rental options, the few available units go to the highest bidders, leading to citywide rent increases. This ongoing scarcity is a serious issue deserving serious attention. In particular, governments—both provincial and municipal—should examine the poor economic case for building purpose-built rental units, in part due high property taxes, high land costs, and restrictive zoning bylaws, depending on where the units are built.

Rather than tackling this underlying scarcity of units, and its partial role in creating it, Victoria has opted to treat symptoms (high rents) by capping rent increases. This will certainly benefit current renters in the short term, but it hurts anyone moving to a new unit (including growing families trying to upsize or newcomers to the region), and provides landlords precious little budget room to invest in building repairs or improvements as units age.

The Horgan government’s “Rental Task Force” appears to be aware of this last issue, which is why they recommend exemptions (through “modest” rent increases above inflation) to cover maintenance costs. However, it’s unclear how great these exemptions will be, and it does little to address the underlying scarcity issue.

It’s unfortunate to see yet another B.C. government double down on rent controls, especially after so much debate a generation ago. Times may change, but the hard truth remains that housing markets are complex and simple answers—such as rent controls—only worsen underlying issues, in this case a dearth of new rental construction. As well-intentioned as the government may be, until it addresses these underlying issues, its legacy on rental housing will be one of good intentions without any meaningful results.