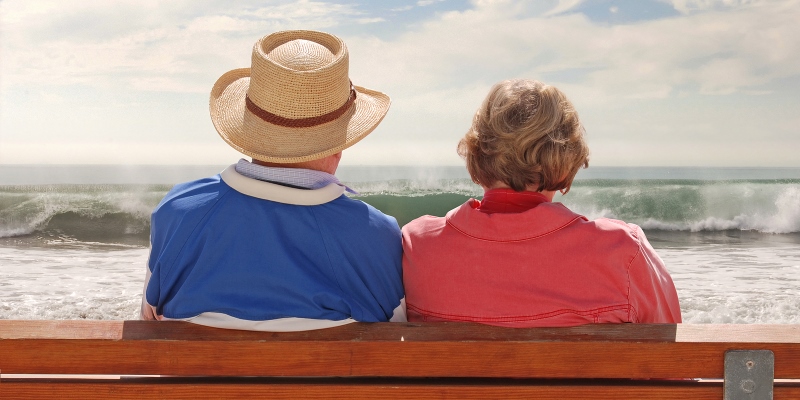 A new report released by the Social Planning and Research Council of B.C. (SPARC B.C.), in partnership with the United Way, has prompted headlines that senior poverty in B.C. has “spiked” and is higher than in other provinces. However, the report itself gives a false impression about the state of senior poverty in B.C. because it does not actually measure poverty, despite what it claims. In reality, senior poverty in B.C. is much less common than portrayed and has been falling over time.

The report uses Statistics Canada’s low income measure (LIM) but LIM is not a measure of poverty. The threshold for LIM is calculated as half the median household income, which makes it a measure of inequality. LIM does not indicate in any way whether the people below the threshold are deprived of basic necessities such as food, shelter and clothing. Instead it simply tells us how some members of society are doing compared to others.

As Nipissing University and Fraser Institute Senior Fellow Chris Sarlo recently pointed out, adding a hundred millionaires to B.C. would increase the median income and with it the LIM threshold. Similarly, if a hundred millionaires were to leave the province, the median income would fall and so would the threshold. As a result, whether someone of a particular income is considered “poor” or not would depend partly on how many millionaires live in the province, not the conditions they live in. This is one reason why Statistics Canada explicitly warns against using LIM as a measure of poverty.

While Canada does not have an official poverty line, there are two other government-curated measures that SPARC B.C. could have considered. One is the low income cut-off (LICO), which is based on how much a family is expected to spend on basic necessities (shelter, food, and clothing) above the average. The other is the market basket measure (MBM), which is calculated based on the cost of a basket of goods and services (the basket includes goods and services that are not considered necessities). Although both of these measures have flaws, they both show that the rate of senior low-income in B.C. is significantly lower than the measure that SPARC B.C. selected (see chart 1). 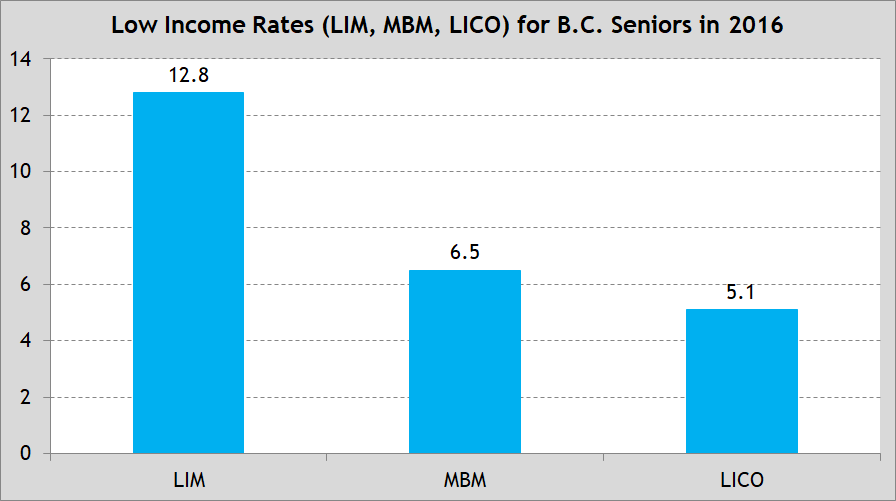 According to LIM, 12.8 per cent of B.C. seniors (aged 65 and over) are living in low income—nearly twice the amount according to MBM (6.5 per cent) and more than twice according to LICO (5.1 per cent). Clearly, SPARC B.C.’s conclusions rely heavily on its chosen measure of low income, which is the least related to an absolute standard of living.

On that note, the report also masks what should be a good news story—the incidence of low-income among seniors in B.C. has fallen significantly over the past four decades (see chart 2). According LICO, the rate of low income among B.C. seniors has fallen from 32.0 per cent in 1976 to 5.1 per cent in 2016. 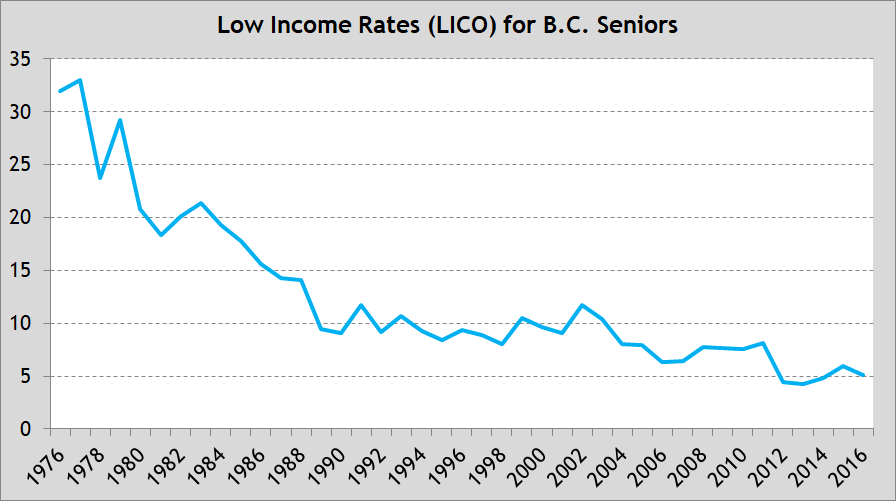 All of this should give us reason to pause and contextualize the headlines from SPARC B.C.’s report.