American health care is a confusing jumble. Federally run Medicare for people over 65, state-run Medicaid for poor people, employer-based private insurance for most with jobs, and (as of 2014) federally subsidized privately provided Obamacare policies for almost everyone else.

Let’s focus on private health insurance, leaving Medicare and Medicaid aside for now. Walker (pictured below) would offer refundable tax credits to people without employer-based health benefits, to help them buy their own health insurance. In Walker’s plan, these tax credits adjust with age, not income. 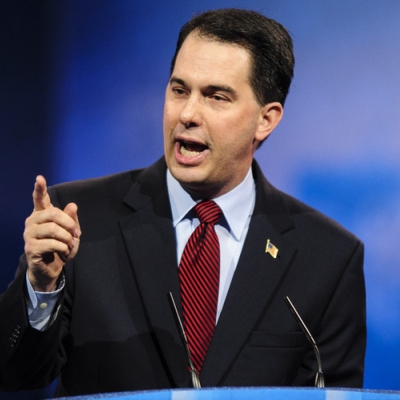 The tax credits do not phase out as household incomes increase, which is the major problem with Obamacare’s tax credits, which impose extremely high effective marginal income tax rates on people at certain incomes. Obamacare punishes them for working and earning more.

Obamacare is riddled with these income-tax cliffs, which are likely the main reason for the rise in part-time work in this weak recovery.

Nevertheless, Walker’s plan leaves a lot to be fleshed out. For instance, giving tax credits to people buying insurance individually, while maintaining the exclusion of employer-based benefits from taxable income, would introduce biases in people’s choice of work. The U.S. has highly progressive income taxes. So, low-income households would prefer the tax credit while high-income households would prefer the exclusion. The result would be pressure to reorganize lower-earning work as contract work, rather than employment. Contract work is already a can of legal worms in U.S. labour law, and the tax preference for health insurance should not further complicate things. A simple fair solution would be to give everyone a tax credit.

Now is the time to start building on these firm foundations. The willingness of Republican presidential candidates to get in front of health reform with this level of detail so early in the campaign is a very positive sign that the eventual candidate will have a credible and effective replacement for Obamacare.