Share of Canadian students in public schools has dropped

Before we turn to enrolment in all types of public schools across Canada, we must first look at a type of school only available in Alberta—charter schools. Despite popular misperception, charter schools are not independent schools but are autonomous, not-for-profit schools within the public system that provide alternative education programs. They generally have greater discretion in delivering curriculum, offer diverse teaching approaches, and focus on more specific learning styles than public schools.

While the United States has broadly experimented with charter schools, Canada’s experience is very limited. Currently Alberta is the only province to offer charter schools, with legislation allowing a total of 15 schools in the province (as of 2014-15 there were 13 charter school authorities operating). Charter schools represent a fairly small proportion of total student enrolment (1.4 per cent or 9,131 students). However, this is a substantial increase from 2000-01 when charter schools enrolled only 2,558 students with 0.4 per cent of total enrolment. 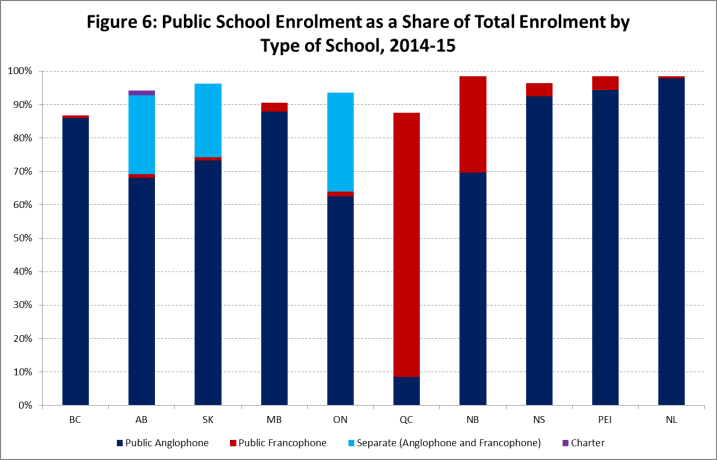 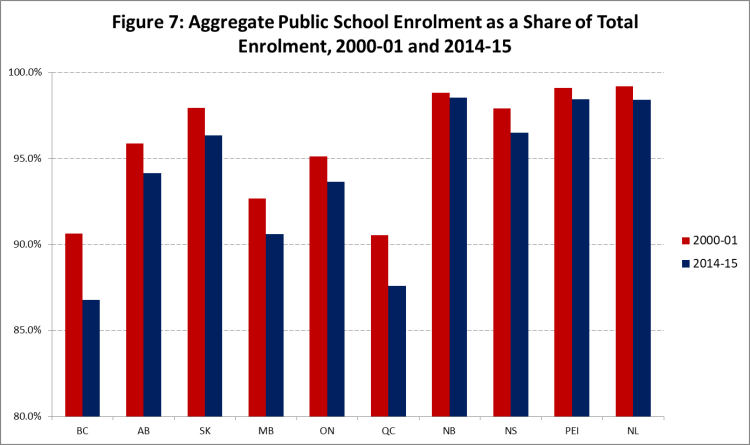 Despite the fact that the majority of students still attend public schools, it’s apparent that an increasing number of families across Canada are choosing educational options outside of the public system for their children. The number of students enrolled in public schools, measured as a share of total enrolment, has declined in all 10 provinces over the period. We will look at educational options outside of public schools in a future blog post.