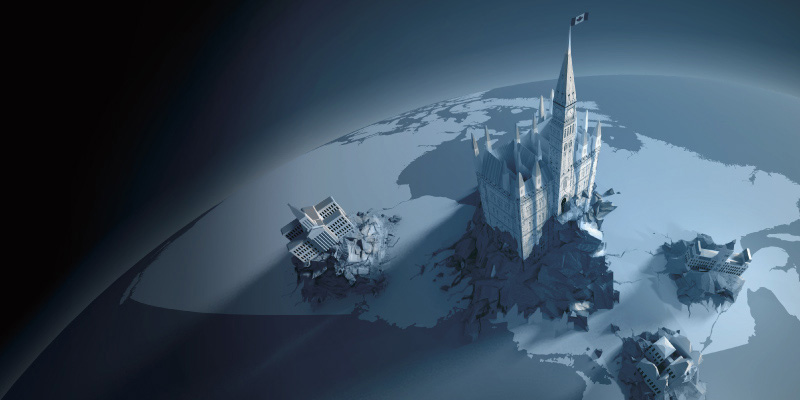 Concept of Size of Government

Simply put, the size of government refers to the extent governments consume, control and direct the resources of an economy in any given year. In other words, rather than individuals, families, entrepreneurs, businesses and non-profits making decisions about how best to use and allocate resources, such decisions are made by government.

The concept behind a potential relationship between the size of government and economic growth rests on what could be the equivalent of a Goldilocks theory. When government is too small, it lacks the resources to deliver services essential to a functioning economy that markets (i.e. individuals and businesses) either have difficulty providing or do so less effectively than the state can (at least theoretically). Such services include policing, courts and national defence. Imagine trying to do business in an environment when you can’t reasonably expect contracts to be honoured, and the judiciary and police are corrupt?

But governments can also be too big and undertake activities and interventions that do not promote broad economic prosperity. Such activities include redistribution of income, corporate subsidies, provision of services better left to markets and protection of favoured industries. In these circumstances, government consumes resources that don’t contribute to economic prosperity and crowd-out private-sector activity that would contribute to economic growth.

Empirical Research on Size of Government

The goal, conceptually, is to identify the size of government that corresponds with maximizing economic growth (or what Goldilocks might call “just the right amount”). Substantial research on this topic began in the early 1990s. (For an excellent summary, see chapter two of Measuring Government in the 21st Century.)

Early research into this relationship for Canada was completed in 1998 by Johnny Chao and Herbert Grubel for the Fraser Institute. Using Canadian data from 1929 to 1996, their study showed that the optimal size of governments in Canada—local, provincial and federal—was 34 per cent of the economy.

A major study on the size of government by Livio Di Matteo in 2013 took a different approach by looking at multiple countries over time. Examining most industrialized countries, Di Matteo concluded that the optimal size of government for maximizing economic growth was 26 per cent of GDP. In other words, when government spending exceeded 26 per cent of the economy, industrialized countries experienced lower rates of economic growth.

Di Matteo recently expanded the analysis to cover 17 industrialized countries from 1870 to 2016 and concluded that economic growth was maximized when government spending was between 24 per cent and 32 per cent of the economy. (These results align with an earlier academic paper by Di Matteo.)

Size of Government in Canada

Despite this evidence, which consistently shows a relationship between the size of government and economic growth, the Trudeau government has continued to increase the size of the federal government while experiencing lower rates of economic growth (pre-recession). For instance, Ottawa’s spending (excluding interest costs) increased from 12.8 per cent of the economy the year before the Trudeau Liberals came to power to 15.2 per cent in 2019-20 (pre-recession). Recent data from the International Monetary Fund (IMF) show all government (federal, provincial and local) spending reached 41.2 per cent of the economy in 2019 (again, this is before the current recession), substantially above the estimates of the optimal size for maximizing economic growth. 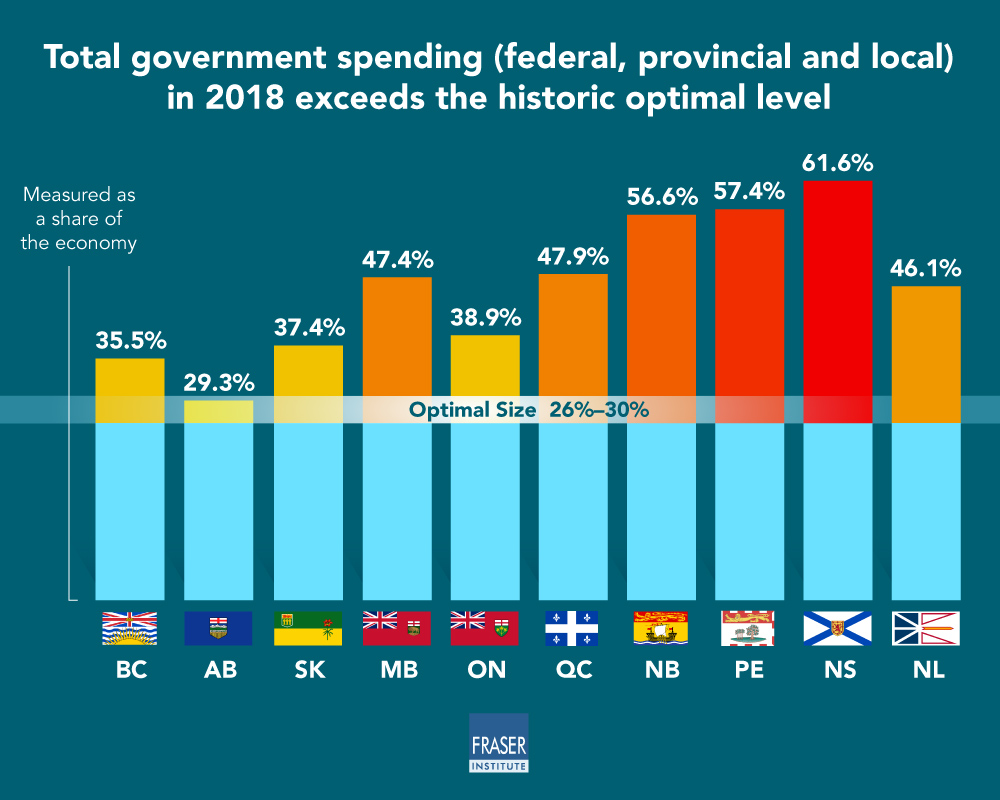 Moreover, the Trudeau government signalled in its recent throne speech that an even greater role for the federal government is planned for the future, with new programs such as national daycare, national pharmacare and expanded green initiatives. So while the IMF expects a return to pre-recession levels for government spending (as a share of the economy) in Canada by 2023, such forecasts do not include the more than 100 new and expanded initiatives announced in the throne speech, which invariably mean larger government in Canada.

And that may well be what Canadians prefer. But the cost of such an expansion of government must be understood. Not only will taxes, either current or in the future (i.e. borrowing), increase to pay for the new and expanded programs, but bigger government also means lower rates of economic growth. As Nobel laureate Milton Friedman was fond of saying, there’s no free lunch. The cost of more government is clearly higher taxes and less economic growth.