Stumped by Trump (the pros and cons of the Donald)

And, I must admit, I am stumped by Donald Trump. He seems to have broken all the rules that I had thought were established in politics. He criticized John McCain, who spent most of the Vietnam War as a prisoner of war in the infamous “Hanoi Hilton.” “He’s not a war hero,” said Trump, adding, “he was a war hero because he was captured. I like people who weren’t captured.” Asked by CNN’s Anderson Cooper whether he has ever asked forgiveness from God, Trump answered that he hadn’t. He said, "I try and lead a life where I don't have to ask God for forgiveness,” adding, "Why do I have to ask for forgiveness if you're not making mistakes? I work hard, I'm an honourable person."

You don’t have to follow Republican politics for very long to realize that Trump hit two "third rails" in one month. And yet, here he is, as I’m writing this in late August, leading all other Republican candidates for president by a big margin. 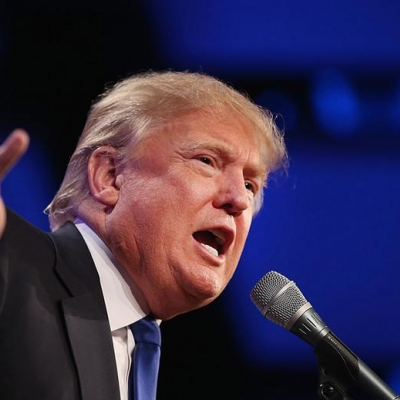 And I don’t totally mind it. No, I don’t like his views on immigration. He wants to forcibly return about 11 million illegal immigrants to their home countries. But President Obama, to take a prominent example, is pretty harsh on illegal immigrants, too. In his years in office, Obama has forcibly removed approximately 30,000 illegal aliens per month, which is more than that of any other president before him. And I don’t think Trump understands that when we open trade to other countries, we gain not just as exporters but as consumers. But then, what U.S. politician running for president does? Marco Rubio? Rubio argued a few years ago that he would favour getting rid of quotas on sugar imports if we got something in return. But we do get something in return: it’s called cheaper sugar. And getting cheaper sugar, by the way, might have caused LifeSavers not to move from Michigan to Quebec.

Moreover, I am appalled by Trump’s claim, in 2011, that the U.S. government, having won the war in Iraq, should have taken their oil.

One thing a lot, and one a little.

The thing I like a lot is that Trump has taken on the political correctness that has stymied conversation for years. When Univision’s Jorge Ramos broke the rules at a press conference by butting in to ask a question rather than waiting his turn, and then refusing to stop when Trump called him on it, one of Trump’s people kicked him out. What other politician running for national office would have done that? That’s refreshing.