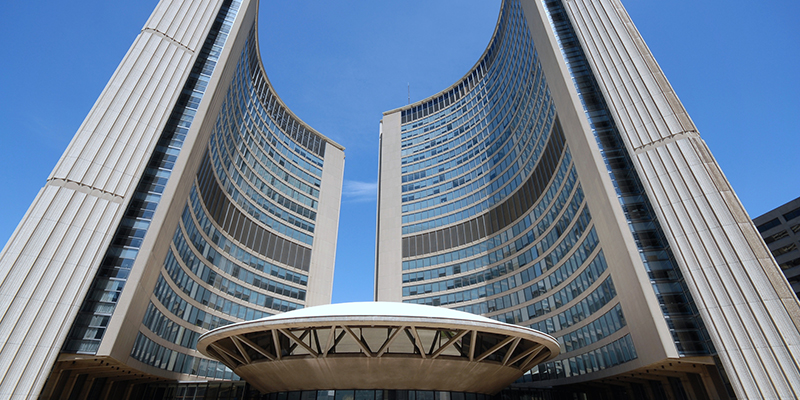 Municipalities in Ontario are reeling from the pandemic. Some have announced large drops in revenues. Toronto, for example, projects a $1.5 billion loss in revenues in 2020 if there’s a three-month lockdown followed by a six-month recovery period. This is on an operating budget of about $13 billion, which works out to a 12 per cent drop in revenues. And the city has announced it will not be hiring 5,400 seasonal staff this year.

In Thunder Bay, the city is apparently still assessing the current and projected financial impact of the pandemic, though that has not prevented the city from laying off one-third of its staff and lamenting its drop in casino revenues. Barrie has announced a $65 million revenue loss projection, and media coverage notes how municipalities are "bleeding cash."

All of this may seem counterintuitive to the average observer. After all, the common perception is that municipalities in Ontario get all their operating revenues from government grants and property taxes. The provincial government has not cut operating grants and there has not been a wholesale default on property tax payments by individual ratepayers nor has there been some type of property tax payment moratorium, which would affect the revenue stream.

Yet revenues are down because while Ontario municipalities get their largest shares of operating revenues from property taxes and grants, they also get about one-quarter of their spending money from what can be termed other revenues. This is a large chunk and covers everything from the fees from municipally operated golf courses or other recreational services, to transit fares, permit fees and other sales of goods and services.

Toronto’s revenue drop is being driven by a drop in permit fee and land transfer tax revenue. Naturally, these sources of additional own-source revenues are severely impacted given a drop in new construction and real estate sales. Indeed, the last decade of glorious abundance in the GTA real estate industry, and the rentier economy it generated, is over for now.

A GTA economy marked by ever-rising housing prices and huge gains on flipped investor properties will end this year, making for lean times for realtors as property sales plummet. Prices, however, may remain stable in the medium-term as while there’s still a small demand for properties, the supply is even smaller as new listings dry up.

How concerned should we be about municipal public finances in Ontario, and by extension the rest of Canada? Municipalities are indeed in a bind. As creatures of the provinces, they generally are not allowed to run deficits. Yet over the years, healthy tax rate increases have caused revenues to surpass spending for most municipalities in Canada leading to the build-up of healthy reserve funds.

In Thunder Bay, they’ve acknowledged this—if the city runs a deficit, Ontario’s Municipal Act requires the city to fund the shortfall through reserve funds. “We do have healthy reserve funds,” said Thunder Bay city treasurer Linda Evans, “so we’re in a fairly good position from that perspective.”

And as also noted, if the funds are insufficient to address the gap, it will be addressed in next year's budget as "an additional cost in the following year for the taxpayers to bear." In other words, we already know what’s coming down the pipeline at the municipal finance level—the tax increase next year will be substantially higher than this year's.

One suspects this will be the case even if provincial or federal governments decide to help municipalities out. A substantially higher tax increase will only be averted if municipalities in Ontario use this time as an inspection opportunity to decide what they really need and what they do not—and then alter their expenditures accordingly. That’s probably unlikely.