The Formosa Triangle—where did $20 billion of Chinese imports to Canada come from? 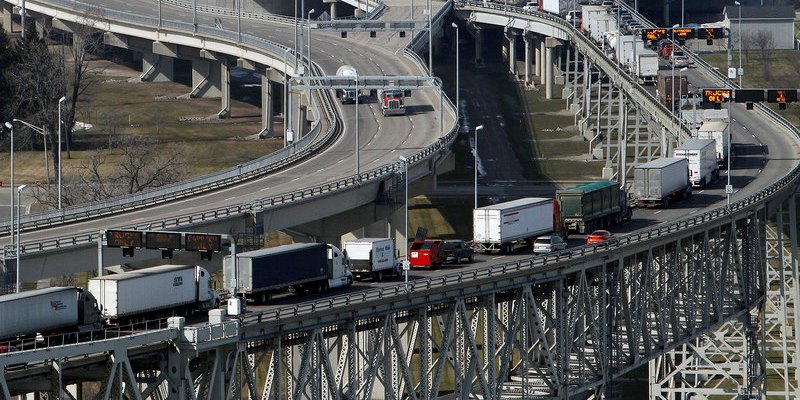 The Formosa Triangle (which I just invented) is the reverse of the Bermuda Triangle. It doesn’t mysteriously devour shipping. It does just the opposite. Shipping mysteriously appears out of it. Lots of shipping. Enough shipping to explain why every year Canada imports US$20 billion more goods from China than China exports to Canada.

Somehow, somewhere, an extra US$20 billion of Chinese goods is showing up. Maybe what disappears into the Bermuda Triangle comes out the Formosa Triangle? (“Formosa,” of course, is the name Taiwan briefly went by in the late 19th century. A lot of China-Canada trade goes through the South China Sea.)

Anyway, that’s the bizarre geo-dynamics that occurred to me on reading Statistics Canada’s interesting recent note on reconciling differences between Chinese and Canadian estimates of China-Canada trade, which for the past couple of years has been the subject of a joint China-Canada working group.

How big are the differences?

In 2014, China said it exported US$30.0 billion worth of goods to Canada. Canada, on the other hand, said we imported US$53.1 billion worth of goods from China. That’s a difference of $23.1 billion, which amounts to a 43.5 per cent error. An error of one or two per cent you might expect: There’s tons of trade. People are involved in the counting. Mistakes happen. But an error of 43.5 per cent? What gives?

The Chinese do think they’re exporting a lot less to us than we think we’re importing from them. But it’s obviously not really the case that $20 billion worth of Chinese exports is miraculously rising up out of the sea. What’s going on? Differences in how the counting is done.

A tiny bit of the difference comes from time lags. For some small part of the trade, China ships in one year and we receive in the next. So year-to-year export and import data will always be off—though not by a lot. For the three years studied, 2014-16, the aggregate difference from this source was just over US$1 billion. In this kind of calculation, $1 billion is in fact tiny.

Some Chinese goods are re-exports (i.e. goods coming to Canada through China). China counts these as part of its exports, but Canada records them as imports from the country of origin—not China. Of course, that tends to reduce our import totals from China and inflate its export total to us, and what needs to be explained is the opposite—why our imports are so much bigger than China’s stated exports to us.

The bulk of the story involves a similar but reverse effect. Goods originating in China and destined for Canada go through a third country. China counts some of these as exports to the third country while Canada records them as imports from China. The two main third countries are Hong Kong and the United States, with the U.S. being the more important of the two. In 2016, Statistics Canada says, trade through Hong Kong accounted for $1.9 billion of the asymmetry in trade data, while trade through the U.S. accounted for $16.7 billion.

Finally, to complicate matters even more, China and Canada use different methods for estimating the value of Canada’s exports to China. Canada counts them FOB or “free on board,” meaning without adding on shipping costs. While China counts them CIF for “cost, insurance and freight,” which means the value of Chinese imports from Canada will always be greater than the value of Canadian exports to China even if everything else is counted perfectly, including perfectly symmetrically. In 2016, this difference in methodology added 7.1 per cent to the cost of goods entering China from Canada.