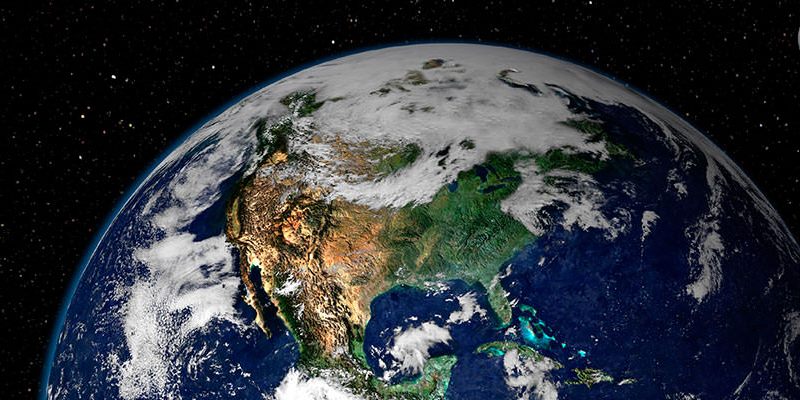 Once again, the UN Intergovernmental Panel on Climate Change (IPCC) has issued a report which asserts that if the Earth’s climate warms beyond 1.5 degrees Celsius, well, the consequences will be dire. And at two degrees the impacts will be “severe” and some will be “irreversible.”

The IPCC uses predictive computer models with a range of emission estimates that show us reaching the 1.5°C target sometime between 2030 and 2052.

In U.S. Congressional testimony, meteorologist John Christy showed a chart that best illustrates how climate models have done at actually accounting for observed change (from satellite readings). The answer is, not very well. The figure below from his testimony – which compares the climate model results with observational datasets – shows the answer fairly clearly. 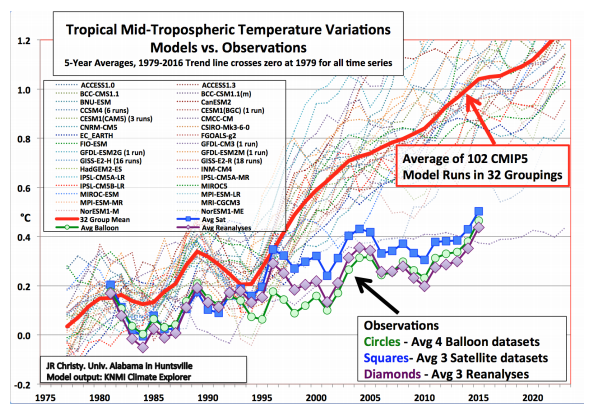 Figure 2: Five-year averaged values of annual mean (1979-2016) tropical bulk TMT as depicted by the average of 102 IPCC CMIP5 climate models (red) in 32 institutional groups (dotted lines). The 1979-2016 linear trend of all time series intersects at zero in 1979. Observations are displayed with symbols: Green circles - average of 4 balloon datasets, blue squares - 3 satellite datasets and purple diamonds - 3 reanalyses. See text for observational datasets utilized. The last observational point at 2015 is the average of 2013-2016 only, while all other points are centered, 5-year averages.

As the chart shows, actually observed temperatures from balloons and satellites measure warming significantly below the climate models relied upon by the IPCC.

So, what real measurements tell us is that the rate of warming depicted by the IPCC models is not reliable. In other words, the world seems relatively insensitive to the warming impacts of greenhouse gases, and dangerous levels of climate change, if it ever happens, is a long, long way off in the future.

People are treating the new IPCC report as yet another affirmation of the Paris climate targets, but models are not reality, and reality suggests we have plenty of time to manage climate change.