The price of housing is driven by demand AND supply 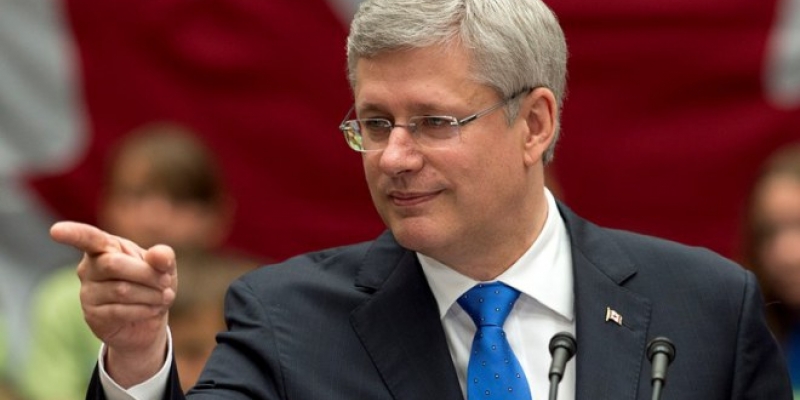 Whilst passing through Vancouver in mid-August, Prime Minister Stephen Harper announced that, if re-elected, a Conservative government would set aside $500,000 to investigate the extent of foreign ownership of the Canadian housing stock. This investigation, according to Harper, might ultimately result in regulations concerning the number and types of homes (i.e. new or existing) that foreign investors are allowed to purchase, in order to ensure the “availability and affordability of homes for Canadians”.

As an additional measure to make housing more affordable, Harper promised to raise the amount that first-time homebuyers can withdraw penalty free from their Registered Retirement Savings Plans (RRSPs) for a down payment from $25,000 to $35,000.

Harper’s announcement may make for good politics but the underlying economics is questionable, to say the least.

To understand this claim, let us think carefully about the market for housing. House prices, like the prices of all goods and services, are determined by the interaction of demand and supply. The demand for housing in a given city is determined by such factors as local population growth, the local economic growth, household wealth, the amenity value of living in that city, and interest rates. Supply is determined by the quantity of land, the extent to which land can be used intensively (which is largely a function of land use regulation), and construction costs. Other things equal, an increase in household wealth will increase demand (and increase prices) while an increase in the quantity of land should increase supply (and decrease prices).

To be sure, the extent to which foreigners view a particular city as an attractive place to purchase housing, either as an investment or as a place to live, influences the demand for housing. However, because there is no systematic data on the extent of foreign ownership of housing in Canada, we have no idea whether this is a significant factor driving housing demand in, say, Toronto or Vancouver. Instead, most empirical scholarship on housing demand focuses on other factors, for instance, household wealth or interest rates. If the better data that Harper promises to collect allow housing economists to estimate more accurate models of housing demand in Canada, that is all to the good, but for the moment, it remains an open question as to whether foreign investors are an important determinant of the demand for housing. On this score, however, it should also be noted that there is little systematic evidence that policies that restrict foreign investment in housing have an appreciable affect on housing prices.

How about Harper’s proposal to increase by $10,000 the amount that can be withdrawn from RRSPs to make a down payment without penalty? Will this increase housing affordability? Unfortunately, such a policy is likely to be counterproductive. By making a down payment slightly more feasible for potential homebuyers, this measure will marginally increase the demand for owner-occupied housing. Other things equal, this will raise house prices, making homeownership less, not more, affordable.

Perhaps the main problem with Harper’s housing policy proposal is that it focuses exclusively on the demand side of the market and ignores the supply side. As mentioned earlier, prices in any market are determined jointly by demand and supply. And, on this point, the evidence from the U.S. suggests that supply factors play a major role in explaining the variance in housing prices across different urban markets.

In a series of papers, Harvard economist Edward Glaeser and his co-authors have demonstrated that land use regulations (i.e. zoning laws) are a quantitatively important determinant of house prices. By affecting how intensively land can be used, strict zoning regulations create a differential between construction costs (which tend to be similar across markets) and housing prices. Glaeser, Gyourko and Saks estimate that approximately 50 per cent of the price of a house can be attributed to restrictive land use regulation. In another paper, Glaeser and Gyourko find that direct measures of stricter zoning regulation are closely correlated with higher house prices. Similarly, economists Quigley and Raphael find that house prices and rents are higher in Californian cities with stricter land use regulation and that new house construction is lower in cities that regulate land use more stringently. Finally, two recent Fraser Institute studies (one on Alberta, the other on British Columbia) provide evidence that land use regulations contribute to higher Canadian housing prices.

If Harper were truly concerned about the affordability of housing in Canada, he might spend more time thinking about supply constraints arising from land use regulation. This line of thinking, however, might lead Harper to conclude that there is little that the federal government can do to affect housing prices, since zoning laws are determined at the municipal level.

Unfortunately, politicians seeking re-election invariably want to be seen to be doing something.