The problem with capitalism—not all capitalists are capitalist 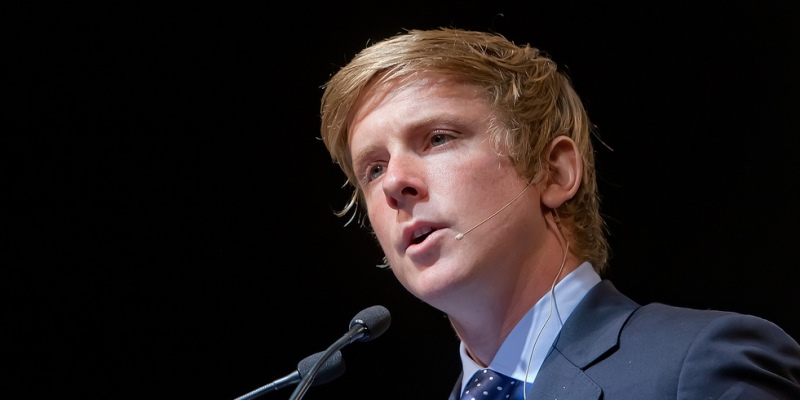 When entrepreneurs feel targeted or let down by government policy their capitalistic instincts tend to take over as they scream laissez-faire. This past week, for instance, Total Energy Services CEO Daniel Halyk was critical of Canada’s regulation and tax regime in oil and gas, and its pipeline troubles, which has hurt competitiveness. Yet when entrepreneurs are not singled out by bad public policy, it seems certain entrepreneurs are very much in favour of interventionist policy solutions. This has deep public policy implications.

Take Nick Hanauer, CEO of the Seattle-based Pacific Coast Feather Company. A self-made billionaire, Hanauer recently claimed that high wages don’t create unemployment but rather foster economic growth: “the more money consumers have, the more jobs that are created, because people buy things and people like me are required to hire people in order to meet that demand.”

Hanauer believes every state should be required to have a $15-an-hour minimum wage. Yet like Henry Ford during the Depression-era, this wages-create-jobs philosophy is exactly backwards. In fact, providing goods efficiently and at low cost raises profits and productivity, which in turn raise wage rates. Rather than spur employment, raising the minimum wage will likely just raise prices, reduce fringe benefits (such as what happened to Amazon last month), slow hiring or all of the above.

Interestingly, Hanauer was an early investor in Amazon and made much of his fortune as a venture capitalist. Yet the online retailer has come under fire recently for not-so-capitalistic behaviour, taking in potentially billions in corporate welfare for a proposed new headquarters in New York City. (Indeed, even newly-elected socialist New York Congresswoman Alexandria Ocasio-Cortez has suggested she’s against the proposal.) That is, Amazon CEO Jeff Bezos enjoys the fruits of free enterprise yet at the same time takes in tax dollars that serve to undercut it. In fact, Bezos has entire teams dedicated to finding tax credits. According to one report, Amazon has benefited from almost 150 state and local subsidy awards, already totalling $1.5 billion since its founding.

Sadly, entrepreneurs seeking corporate welfare is the norm, rather than the exception. North of the border, Bombardier CEO Alain Bellemare has seemingly given millions of taxpayer dollars to executives—while his company struggles to remain profitable.

It seems that many entrepreneurs have the Hollywood mentality that the rich get rich by exploiting the poor, rather than through innovation and providing goods and services that people want at low cost. Facebook co-founder Chris Hughes (pictured above) suggests the way to prospering economy is to give every worker who earns below $50,000 a year an additional $500 a month. Depending on size of the family, this would effectively amount to a two-to-tenfold increase in the Earned Income Tax Credit, a policy that supplements earnings of low-income Americans. Hughes proposes to pay for this by raising the top marginal income tax rate and capital gains tax rate to 50 per cent.

While this would eliminate the tax preference towards capital gains (currently taxed at 20 per cent compared to income at 39.6 per cent), according to a recent Fraser Institute study, higher taxes on capital gains will likely suffocate entrepreneurial activity. Specifically, increases in capital gains tax rates are associated with reduced venture capital funding, fewer entrepreneurs in the marketplace, less self-employment and lower rates of business startups. The bottom line for Canadians—taxing capital gains dampens economic dynamism, resulting in weaker job prospects and wage growth.

First, this should be a reminder that, while entrepreneurs may know how to make money, they can remain naïve as to how markets work beyond their specialization.

Second, there’s a big collective action problem for capitalism: if entrepreneurs are only capitalist when it suits their bottom line, it weakens any coalition for lower taxes and regulation that benefit entrepreneurs more broadly. The most effective way to encourage free markets and capitalism is by constitutional or institutional restraint including limits on federal spending authority, balanced budget amendments (such as the Federal Balanced Budget Act passed by the Harper government in 2015), trade agreements and divided government (in Texas, the state government meets only every two years, reducing the likelihood of knee-jerk policy responses).

Of course, these kinds of restraints are only supported when the people have trust in free markets, underscoring the importance of educating voters including CEOs with ill-considered worldviews who may carry strong voices in the public forum.

With Canadian competitiveness faltering and the economy on the precipice of decline, now more than ever a unified voice against interventionist policy such as carbon taxes and increased corporate taxes is needed. When competitors help one another by resisting short-term gains at the government trough, or just getting out of the way of free markets, Canadian consumers and families prosper.