Recent work by the Fraser Institute takes a closer look at the gap between demand and supply in cities across Canada, including the GTA. It finds long and uncertain approval timelines for building permits, and costly fees and local opposition to new homes, slow the growth of housing stock. It also finds that less onerous regulation of homebuilding in the region’s most desirable neighbourhoods would have allowed for more density—a stated goal of the province—between 2006 and 2011 (see map below). 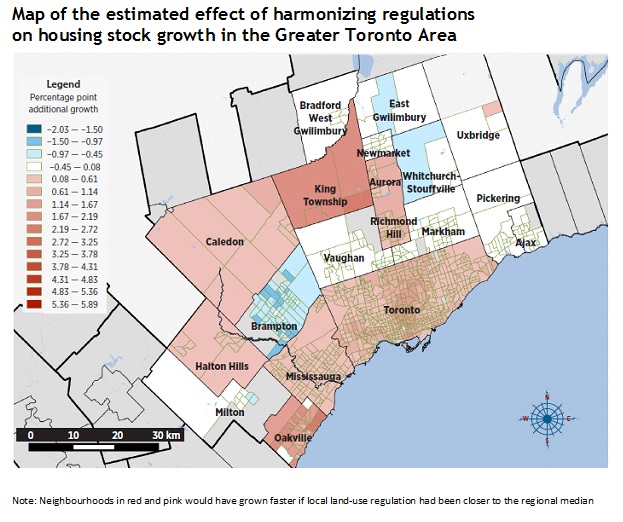 In other words, the government’s regulations make it harder to supply new homes to keep pace with demand. As Economics 101 tells us, a restriction in the quantity of a good supplied (in this case housing) will contribute to the price going up. And that’s exactly what’s happened in Toronto and the surrounding area.

Regulatory red tape is resulting in fewer new homes than there otherwise would be with a growing pool of buyers, contributing to rising prices. Removing some of these barriers would make it easier and more financially attractive to construct new homes, which would, over time, put downward pressure on housing prices.