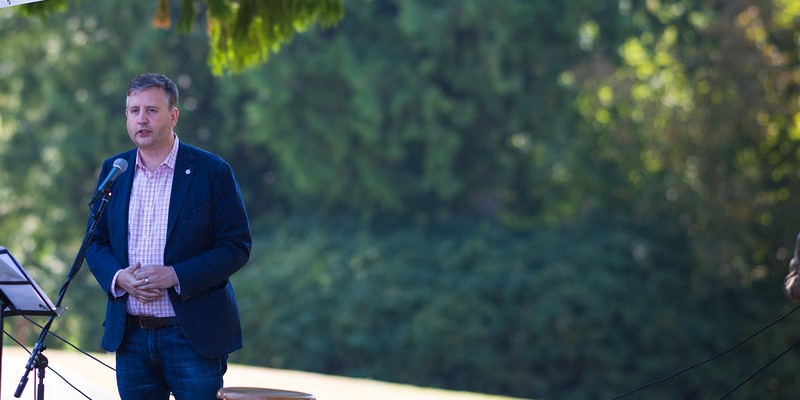 “Incremental” is the polite word to describe the City of Vancouver’s approach to addressing the city’s strong demand for homes and its status as Canada’s least affordable place to live.

Its policies on laneway housing and duplexes, for example, both clearly acknowledge that a) Vancouver has plenty of room to grow, b) more needs to be done to reduce the onerous financial and regulatory barriers that slow or limit the city’s ability to grow and c) that big bold action to promote housing affordability and availability isn’t city council’s preferred route.

Indeed, both policies—for all their positive intent—have yet to meaningfully grow the housing supply to where the city is truly affordable for people of all incomes.

With this historical perspective in mind, city council—led by Mayor Kennedy Stewart (pictured above) who says “housing affordability is my number one priority”—was par for the course when it recently approved a series of policy recommendations including higher-density (four-to-six storeys) rental-only zoning along and near major commercial arteries.

At first glance, city hall’s plans come across as meaningful—even ambitious. Adding allowable density helps project feasibility, as apartment developers can obtain a greater return for the high upfront costs of purchasing land. Moreover, zoning for more density “as-of-right” (removing the need to rezone) drastically reduces the uncertainty that might stop certain builders from pursuing projects in the first place, while saving tens of thousands of dollars (per unit) in fees (notably the infamous Community Amenity Charges) and delays (which can take years). Again, at first glance, this latest push could add thousands of new units to the city’s squeezed rental stock in the coming years.

For all their potential ambition, however, these plans are also comparatively modest. Allowing two additional storeys of density (on properties currently zoned for four storeys of strata housing) may indeed make rental development more feasible due to increased rental revenue, but may still be insufficient.

As demonstrated by the Squamish Nation’s recently-announced plans to build 11 residential towers in Kitsilano (a neighbourhood just south of downtown), the more floors allowed in new projects, the more feasible they become.

Considering the marginal benefit of Vancouver’s new density allowances, compounded by the provincial government’s decision to double down on rent control, the revenue stream provided by rental projects under the new plans may not be sufficient to spur new rental construction on the grand scale hoped for by city hall.

Time will tell whether city council’s latest attempt to meaningfully grow the housing supply will bear fruit. Removing the significant barrier posed by rezoning is certainly a step in the right direction. But serious questions still loom regarding the overall feasibility of new residential projects in the areas targeted by these plans. Either the plans will give Vancouver renters a much-needed boost, or they will simply join a long list of incremental (and ultimately insufficient) policies spawned by Vancouver City hall over the years.