Why differences between government and markets matters today—Public Choice in action, Part 2 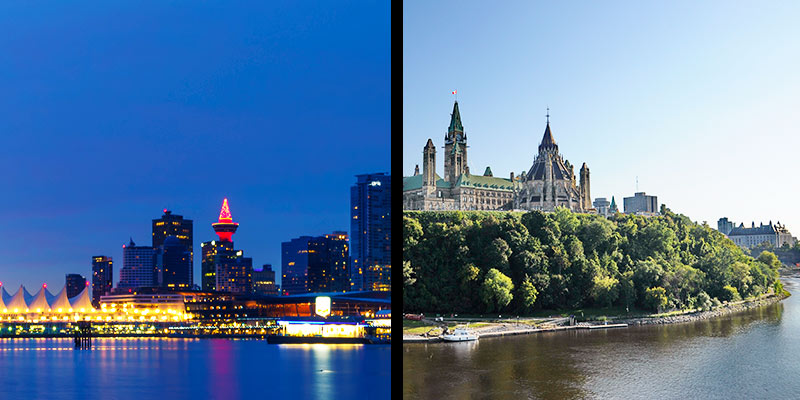 The lack of choice in the government sector, the absence of many disciplines—budget constraints and competitive pressures—present in the market economy, and the markedly differing incentives between the two sectors is critical when we think about policies today. Private firms reacting to market opportunities are materially different than government agencies responding to political dictates. Put differently, a set of bureaucrats ordered to introduce a new program by the government of the day face very different incentives and constraints than a private firm whose owners are risking their savings and employees who understand the costs and benefits of their company’s success.

This is all germane to the policy discussions and debates going on in real time about how the government should best respond to the economic crisis linked with how we’re dealing with COVID-19. A central part of that debate is whether existing programs should be expanded and reformed or new programs introduced. And this debate crosses traditional alliances between organizations that usually favour market solutions versus government intervention.

For instance, William Robson (CEO) and Grant Bishop (associate director of research) at the C.D. Howe Institute argued recently that the new Canada Emergency Wage Subsidy (CEWS) was the right policy at the right time. In their words, it was the “tool for the job” and the “right idea.” The C.D. Howe Institute is not alone as prominent groups such as the Canadian Federation of Independent Business and the Business Council of Canada also called for a new program subsidizing wages.

What all these groups are ignoring, or perhaps not fully appreciating, are the insights from Public Choice economics, as covered in the first blog. Introducing a new program requires thinking through new processes, criteria, approval systems, payment remittance, oversight, staffing and reporting, just to name a few of the hundreds indeed thousands of considerations required to launch a new program. Indeed, it’s telling that Canada’s finance minister said it would be at least six weeks before benefits from the new CEWS would be available.

And all the efforts now being made to create multiple new government programs are occurring at the same time that we have increasing number of stories documenting people’s experiences with long wait times trying to connect with Service Canada through their call centres as well as difficulties even accessing Service Canada’s website. Service Canada administers existing programs such as employment insurance (EI). At a time when it’s clear the federal government needs to divert more staff and resources to servicing existing programs such as EI, its instead diverting resources to create new programs.

Indeed, the experience of Service Canada through the COVID-19 crisis is telling of the differences between the government and market sectors of our economy as outlined in the previous blog. In late March, the federal government announced it was closing all 317 Service Canada centres across the country after workers and their union (Canadian Employment and Immigration Union) raised concerns about worker safety, which is a legitimate consideration.

Similar risks exist in other industries but companies in those sectors have been forced to innovate and find ways to continue to meet the needs of their customers or risk losing those customers both now and in the future. Grocery stores have installed plastic screens to protect their workers, financial firms including banks have shifted resources substantially to ensure continued services through accessible online platforms, dedicated meeting times, and limited branch hours, and many retailers have innovated in delivery services. While governments across the country are making laudable efforts in this time of crisis to provide services, it’s difficult to see any of these innovations in normal times in the government sector. The lack of innovation in the government sector is rooted in the marked differences between the nature, structure, incentives, and disciplines imposed on the two sectors by customers.

This is in large measure why our responses to recent policy reforms have stressed the need to rely on existing programs and mechanisms rather than creating new programs. It is important to be mindful of the fact that government has an extensive history of difficulty implementing new programs, particularly those that distribute income. Simply put, given the enormous constraints on government, our assessment is that it is markedly easier to reform existing programs than to create entirely new ones.

We also concluded that most of the reforms achieved in the introduction of new programs could have been accommodated by existing programs. For instance, if people wanted the benefit rate to be higher than EI’s 55 per cent, they could have simply adjusted the EI benefit rate rather than creating the entirely new Canada Emergency Wage Subsidy. Similarly, if people were worried too many workers and Canadians more broadly are not eligible for EI, they could have simply loosened the criteria and thus broadened the eligibility for EI rather than creating the new Canada Emergency Response Benefit.

Understanding the limitations, unique incentives, and constraints faced by those in the government sector leads to better policy recommendations, particularly in times of crisis when action is needed swiftly. The reality of government is that we’re far better off—given the pros and cons of introducing new programs—relying on existing programs and adjusting the benefits and eligibility (if needed) rather than creating entirely new programs.