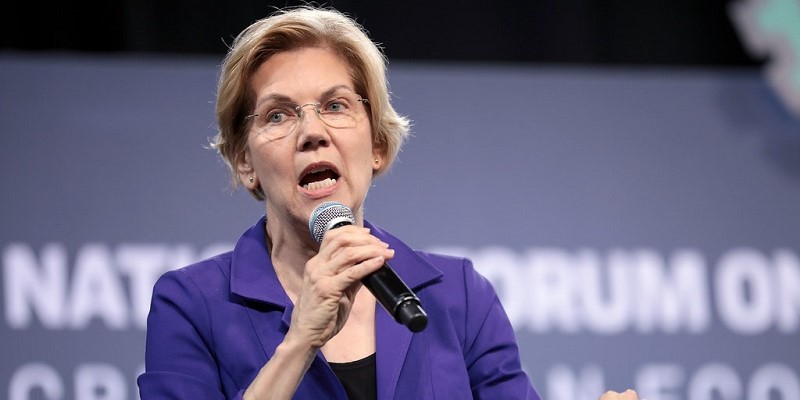 In the Chinese zodiac 2020 is the year of the rat—which doesn’t sound promising, though anthropomorphism can differ from culture to culture, I suppose. In that vein, a Chinese travel website notes that rats typically have “spirit, wit, alertness, delicacy, flexibility and vitality.” I’m not so sure about wit. But I suppose their role in spreading Bubonic plague, which is a large part of their bad reputation in the West, isn’t something we should really hold them morally responsible for.

I wonder, in terms of economic policy, whether 2020 will be the year of the wealth tax. With Senator Elizabeth Warren’s rise in the Democratic presidential nomination race in the fall, it began to appear that way. A big wealth tax (though, she would say, only on really big wealth) is how she plans to pay for many of her social policy initiatives, including “Medicare for all,” college debt forgiveness, and several others. For now her momentum seems to have stalled but there are others in the race who propose expensive social policies that if they make it to the White House will need to be financed. So maybe a wealth tax is still coming.

NYU economist Edward N. Wolff, who has written a lot about the income and wealth distributions, has a new paper out called “Wealth Taxation in the United States” that looks at the Warren proposal and compares it to what’s done in Switzerland and how its likely effects compare to simulations he performed in the 1990s. He also provides a nice summary of other countries’ wealth taxes and why, until the Democratic race began at least, they have gone out of fashion.

Wolff is not unsympathetic to the idea of a wealth tax, arguing that income taxation may not be be enough to get at people’s entire purchasing power or ability to pay. He doesn’t say why the remedy for that isn’t to make the income tax more comprehensive and thus avoid potential double taxation of the same purchasing power, first when it does come in as income and then after it has been sitting around a while in the form of wealth. But his openness to the idea does suggest his discussion of the tax’s potential shortcomings should be taken seriously.

In general, you can imagine two ways to do a wealth tax: one is to have relatively high rates but also a relatively high exemption, so the tax applies only on quite large agglomerations of wealth. That’s the Warren way. There’s no tax on your first $50 million of assets. But then the rate rises as high as three per cent—per year—on anything over $1 billion. The Swiss approach is “low and low”—the top rate is just 0.3 per cent, beginning at $2.4 million, while the exemptions are $121,242 for married couples and $73,611 for singles, after which the tax kicks in at a starting rate of 0.05 per cent.

At least two other combinations are possible, of course: high rates with low exemptions (call it the North Korean model) and low rates with high exemptions, which might be a way of getting the tax in the door as a precursor to then gradually raising it over a longer run.

How much revenue a wealth tax will generate obviously depends on whether any types of wealth are excluded (which creates a strong tax incentive to invest in such types) and on how complicated administration is and therefore how easy avoidance is. The assumptions Wolff adopts lead him to conclude a Swiss-style tax would bring in $189.3 billion per year and the Warren tax $303.4 billion. In Fiscal Year 2019, however, total outlays of the U.S. federal government were $4,447 billion (according to the Monthly Treasury Statement to Nov. 30, 2019). So the Swiss tax gets you a little over four per cent of that and the Warren tax almost seven per cent. Both those percentages would fall, of course, if the Democratic presidential candidates got even half what they’re proposing in new spending so that total outlays jumped.

A main reason for imposing a wealth tax is to offset the U.S.’s supposedly “rigged” economic system that has been producing more and more unfair inequality. (For a discussion of how inequality can be fair, see my 2015 book, now 35 per cent off at University of Toronto Press.) It’s therefore very interesting that neither tax has an appreciable effect on the widely-used Gini coefficient, lowering it at most by 0.0005 points. “If one objective of a wealth tax is to substantially reduce wealth inequality, neither of these taxes will achieve that objective,” Wolff writes.

If it’s not doing much to reduce inequality, then the wealth tax must commend itself either as a really good revenue-raiser—though it’s probably not, compared to other available ways of raising revenue—or because it just feels so good to tax the super-rich. In that regard, the Warren version of the tax excels: in Wolff’s simulations it’s paid by just 0.07 per cent of taxpayers, while the Swiss version of the wealth tax would be paid by 44.3 per cent, a deep enough dive into the income distribution to have left the plutocracy and plunged well into the middle class.

To my mind, Wolff’s most interesting conclusion is delivered in his final two sentences: “The top rate for the Warren tax would reduce the after-tax rate of return on investments by 97 per cent if top households received the average real rate of return of 3.10 per cent per year on household wealth. This might be viewed by many very rich households as ‘confiscatory’ and could induce considerable capital flight”—though I suppose in truth that depends on how much spirit, wit, alertness, delicacy, flexibility and vitality your average billionaire possesses. My guess is: a lot.