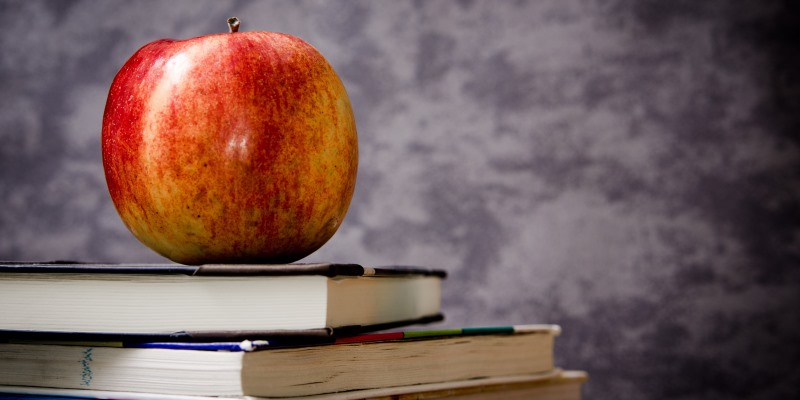 Given these two facts, ensuring value-for-money in educational services, and providing Albertan families with access to a world-class education in a fiscally responsible manner, remains one of the provincial government’s most important responsibilities.

Unfortunately, there are worrying signs that the province is falling short in this important area.

Let’s start by looking at spending. Per-student spending in Alberta in the most recent year of comparable available data was above the national average. Alberta spends $13,115 per student compared to a national average of $12,646. The gap is even larger compared to neighbouring British Columbia, which spends $11,216 per student. In other words, Alberta spends about 17 per cent more per student in its public schools than B.C.

All of this extra spending might well be a good idea, if it produced better educational outcomes for Alberta students. But it isn’t. Alberta student performance across the dimensions of learning assessed by PISA is approximately the same as—or in some instances—worse than B.C.’s (for an overview comparison of recent survey results, see section one of this recent study on education policy reform in Alberta). In other words, Alberta pays more but is not getting better student outcomes.

Even more problematic, there are worrying signs that student achievement in Alberta is deteriorating. In recent years, the average PISA score (an international measure of student performance) in reading, science and math has fallen in Alberta, with the largest decline coming for math scores. The chart below illustrates changes in the province’s PISA scores between the first year of comparable testing and most recent results from 2015. 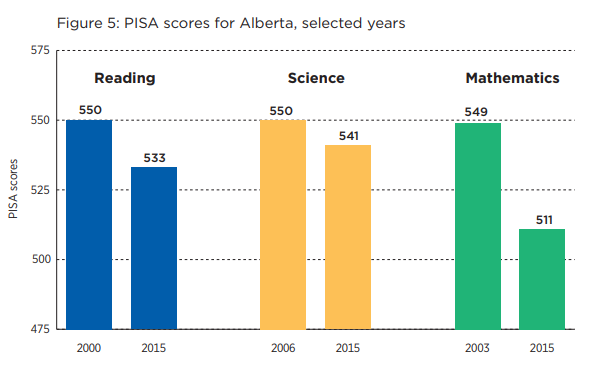 The decline in student performance in math shown by PISA results is confirmed by the province’s own standardized testing. Indeed, the share of Grade 9 students scoring “below acceptable standards” has increased from 24.8 per cent in 2013/14 to 33.3 per cent in 2017/18—an increase of 34.3 per cent.

There are many possible culprits for this drop-off in math performance. Many point the finger at the proliferation of “discovery math” instruction methods in Alberta schools as a possible contributing factor and suggest a return to more traditional approaches to math instruction.

Just as there are many possible causes of the problems, there are numerous possible solutions. A recent study showed how other jurisdictions around the world have implemented a wide range of successful reforms including merit pay for teachers, greater reliance on charter schools and enhanced support for families choosing educational options outside the public system.

To have a constructive debate about the challenges or solutions, it’s important to clearly establish that a problem exists. Spending data, international test scores and the province’s own standardized test results confirm what many parents already know—that despite high levels of government spending, Albertans are getting middling and deteriorating student outcomes.