Technology, Automation, and Employment: Will this Time be Different? 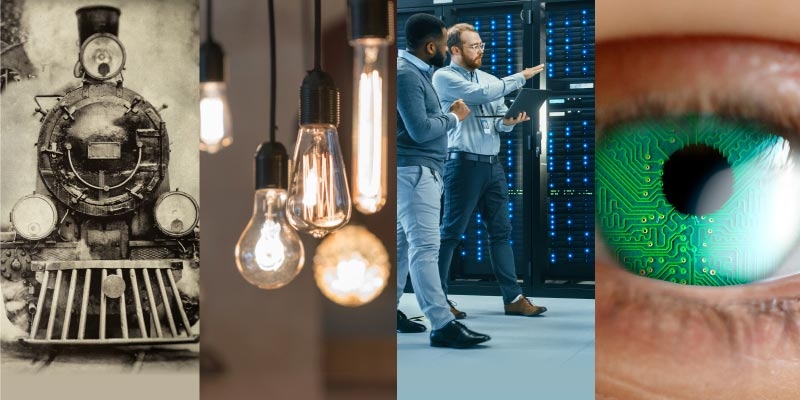 Western societies have exhibited a continuing worry that automation, particularly automation associated with artificial intelligence, will lead to massive unemployment and the impoverishment of large segments of society. In different epochs, technological change has triggered concerns and social protests. Those concerns date back to the early stages of the industrial revolution and the use of coal-fired weaving machines to automate textile manufacturing, and they continue through to the present-day and adoption of computerized algorithms that “learn” how to automate tasks through the use of data-driven “machine learning.”

In fact, the history of automation affirms that concerns about technological change causing widespread unemployment are misguided. Indeed, as Art Carden and Livio DiMatteo discuss in their contributions to this volume, technological change, on balance, increases the overall demand for labour, while contributing to higher living standards for most segments of society. To be sure, automation has led to many specific tasks being done more efficiently by machine than by human labour. At the same time, increased efficiency associated with automation increases society’s real income thereby enabling people to increase their consumption of new and improved goods and services. Higher real income generates an increased demand for workers needed to produce the increased quantity and variety of products that are purchased by wealthier consumers.

Productivity increases associated with automation therefore contribute to increased employment by improving real standards of living which, in turn, stimulates demand for all sorts of goods and services, the production of which requires workers. Workers are also needed to implement automation. An obvious example is the explosion in the demand for computer programmers and software engineers to implement the use of computers in a wide range of business and human activity. The essay by Art Carden puts into historical context the phenomenon of how new occupations emerge from automation even as older occupations become less prominent.

Recently, prominent entrepreneurs such as Elon Musk, the founder of Tesla, and Mark Zuckerberg, the founder of Facebook, have raised the prospect that a new wave of automation associated with Artificial Intelligence (AI) will lead to a departure from historical experience. Specifically, they anticipate that the incorporation of human-like intelligence into computer algorithms will finally result in mass unemployment as automated robots and the like can do anything that a human being can do only more efficiently. While this argument cannot be dismissed out of hand, it is more likely that history will repeat itself. Specifically, productivity gains from the use of AI will improve real income levels and, as in the past, the resulting expansion of the economy will increase the demand for workers, even as AI substitutes for some labour market skills.

In his essay in this volume, Steven Globerman discusses several studies that have attempted to estimate how AI will affect the demand for labour. The studies break different occupations into the underlying tasks associated with the occupations and then ask the question: how easily can AI-automation carry out the specific tasks identified? The studies tend to conclude that AI-automation can directly substitute for a relatively small set of tasks. At the same time, it increases the demand for other tasks that are likely better done by humans. For example, AI is enabling physicians to more accurately diagnose human diseases at earlier stages. This development is expected to reduce the demand for skills related to reading and interpreting medical scans produced by MRI and CT machines or for interpreting blood tests. However, at the same time, it should increase the demand for skills related to managing and treating human diseases. As another example, AI algorithms are increasingly being used by financial management companies to automate the life-cycle investment decisions of savers. This development presumably reduces the demand for human investment management skills, other things constant. However, investors need to be educated about the net benefits of automated wealth management funds, which automatically adjust the mix of assets held in individual portfolios to the age and risk preferences of individual investors. This, in turn, generates an increased demand for education-related tasks within wealth management firms, as well as increased demand for analytical skills that can “fine-tune” algorithms to reflect new information about the anticipated risks and returns of different types of assets.

As Carden and DiMatteo emphasize, automation changes the mix of skills demanded in an economy. This implies that the skill mix of the labour force is constantly in need of change to accommodate the change in the demand for specific skills. Historically, the speed of automation has been relatively slow, a point discussed in Globerman’s essay. The relatively slow rate of technological diffusion provides time for workers, particularly each new generations of workers, to invest in human capital that is complementary to each specific vintage of automation. In this regard, AI is unlikely to be an exception to historical experience. The various barriers to the rapid spread of new technologies that Globerman discusses are likely to confront the adoption of AI as they did other vintages of automation.

In fact, if the AI experience is going to be different from historical experience, it might be because of significant reductions in the supply of labour associated with aging populations and historically low birth rates. DiMatteo discusses this possibility in detail and pays particular attention to Canada’s future labour supply prospects. He documents the forecast declines in both Canada’s labour force growth rate and the labour force participation rate. He notes that concerns about AI leading to widespread unemployment might be “doubly inappropriate.” Specifically, if AI leads to an overall increase in the demand for labour at the same time as the labour supply growth rate is decreasing, the outcome will be exactly the opposite of what is projected by doomsayers. Namely, there will be reduced unemployment and higher real wages earned by those gainfully employed. AI-related automation will follow a direction consistent with earlier epochs of automation except that a shrinking labour force growth rate will accentuate the translation of productivity gains into higher incomes for workers.