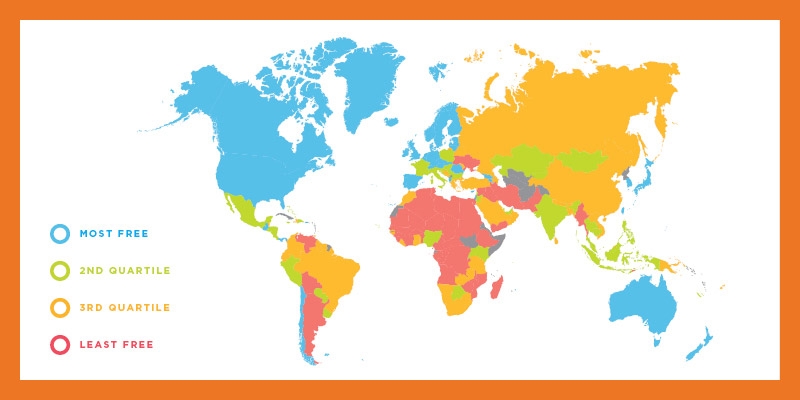 The data are available annually from 2000 to 2017 and for years ending in zero or five back to 1970. The data are available for 123 countries for every year from 2000 to 2016 and for approximately 100 countries back to 1980. This data set makes it possible for scholars to analyze the impact of both cross-country differences in economic freedom and changes in that freedom across a three-decade time frame.

Economic freedom around the world in 2017

Chapter 1: Economic Freedom of the World in 2016
The authors of the report, James Gwartney, Robert Lawson, Joshua Hall, and Ryan Murphy, provide an overview of the report and discuss why economic freedom is important.