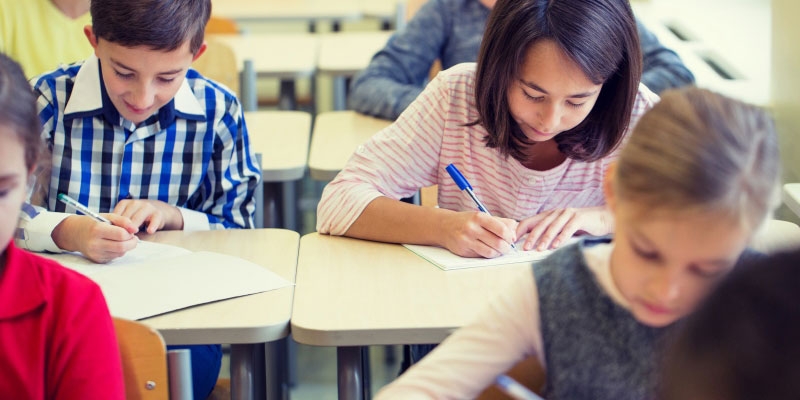 Using tax money to help parents send their kids to a “private schools” sounds odd, even sacrilegious to some. But it’s common across Europe and half of Canada (where some provinces feature independents schools in their education landscape), while charter schools, vouchers and other forms of school choice have been growing rapidly in the United States. Here are six good reasons to support school choice.

First, choice is the modern norm in almost all areas of economic life. We expect to choose from a rich range of foods, clothes, cars, entertainment and so on. Young adults already choose between colleges and universities and the rich range of programs they offer. And these post-secondary schools are tax-supported, as are most of their students. So why not tax-supported K-12 schools of choice?

These expanded opportunities lead to greater satisfaction for parents, students and teachers, which is the third good reason for wanting school choice. U.S. research shows higher levels of satisfaction among parents choosing charter schools, and even higher levels for those choosing private schools. This applies to satisfaction with the schools themselves, the teachers, academic standards, discipline and interactions with school staff.

The fourth good reason is responsive change and innovation. Independently-run schools are more willing to try new ways of teaching, organizing and operating that their leaders and teachers believe will meet parent and student wishes. Government-run schools are notoriously less willing to do so, especially as permission for significant changes must be sought from higher levels. And when government schools do innovate, the changes are likely to come from the top down rather than being client-driven.

Which brings us to a fifth and probably unexpected reason—independent schools are more democratic; they are run by parents and supporters. Consider a typical school board in a Canadian city. The elected trustees are likely outnumbered by the professional administrators. Just the opposite applies in independent schools.

Last but not least, school choice can limit, even lower the cost of public education. Government monopolies are always expensive, while competition can lower costs and improve quality. Using tax money to cover a portion of the costs of independent schools means a tax saving for every child transferring from a government to an independently operated school. It will cost extra to ensure all schools meet appropriate standards, but real savings can be gained.

Those arguing this will benefit the rich have forgotten the principle of progressive taxation, which ensures any financial support for school choice will be taxed back. (Besides, any sensible level of public support will fall far short of the costs of a truly elite private school.)

The idea that independently operated schools are a threat to public education is rooted in outmoded assumptions. Mass public schooling systems were invented in the 19th century to meet the needs of coal-fired, steam-driven, factory-dominated economies. They reached their peak in the final decades of the twentieth century, after which their overly centralized and bureaucratic inflexibility made them increasingly unresponsive to the emerging expectations and opportunities of the diverse and green-friendly 21st century.

Embracing school choice does not mean the end of public education. Governments will continue to ensure all children are educated. This can only be done by raising and spending tax money for schools. But not all schools must be run by government agents and agencies, like school boards. Public education in the 21st century will be realized through networks of public and independently operated schools and other teaching-learning theatres chosen by parents and students.

We have good reasons to embrace this new reality.