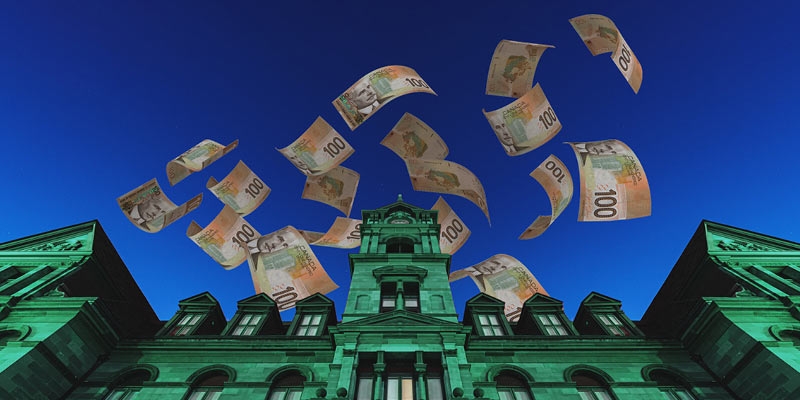 Canada’s municipalities have increased their spending and employment over the last two decades while maintaining that they are fiscally challenged. Notwithstanding the recent pandemic-induced fiscal shocks, they typically run surpluses on their operating budgets while continuing to increase tax levies. Understanding municipal finance is important given the centrality of services such as roads, water, police and fire protection, and transit to Canadian families. At the same time, understanding municipal finances is a challenging exercise given they are not very transparent and vary widely across municipalities.

Property taxes alone accounted for 48% of revenues, followed by another 8% in other miscellaneous local taxes. Government grants yielded another 19% of revenues, which was followed by 25% coming from all other revenues consisting of assorted fees from services like transit or housing, recreational activities, and other goods that vary across municipalities. The composition of major expenditures is revealing: 37% of operating expenses are in employee compensation, another 28% are from the purchase of goods and services to run municipal operations, and 20% are expenses associated with fixed capital-consumption costs.

Over the long term, municipalities have played an interesting game. They are required by provincial legislation not to run operating deficits and they have not only managed to balance their budgets but generate operating surpluses most years and potentially add to their reserves. Indeed, over the period from 2008 to 2018, the operating surplus for municipalities in Canada ranged from a low of 6.1% of revenues in 2014 to a high of 11.9% in 2017.

Given the significance of both municipal wage rates and employment numbers as positive drivers of spending and negative drivers of the operating surplus, it stands to reason that municipalities need to make more of an effort to address their spending. Only after such an effort, can it be reasonable for municipalities to request additional support from upper tiers of government or increased taxes from their own ratepayers. Municipal ratepayers and provincial and federal governments alike need to be cautious that the current COVID-19 crisis is not used by municipalities as simply an opportunity to finance a long-term enrichment of their spending.