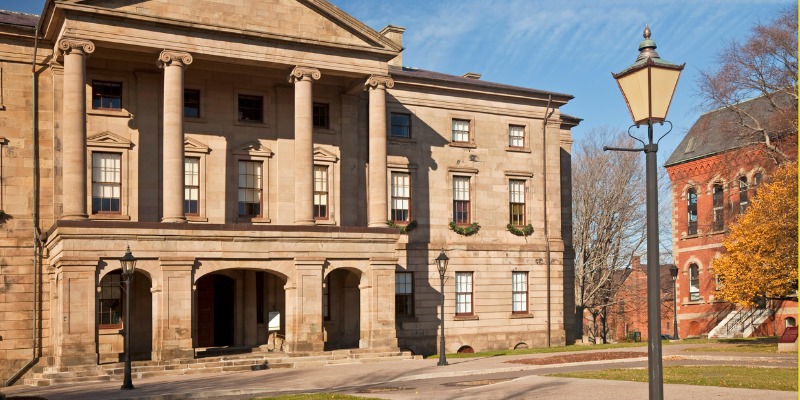 The budget projects a $112 million operating deficit this year. While this is down slightly from last year’s projected deficit of $120 million, it’s well above the $70 million dollar deficit previously projected for this year, and represents almost no progress toward a balanced budget.

The provincial government will spend $155 million more this year than last, with total spending projected to top $2.5 billion.

As we explained recently, spending control is key to overcoming P.E.I.’s current fiscal challenges. Going into this budget season, the province had the largest budget deficit (as a share of the economy) in the Maritimes.

Again, this budget does little to change that, as the King government continues to increase spending. Last year’s per-person program spending ($13,054) is projected to eclipse $13,800 this year—also the highest per-person number among Maritime provinces.

Moreover, the budget address refers to a “three-year plan” to return to budget balance, meaning the province does not project to balance the budget until at least 2024/25. This admission, that a balanced budget is not on the immediate horizon, will have consequences for the province’s debt position. The large deficit plus capital spending means the province plans to add more than $200 million to its net debt for the second year in a row.

Total net debt will approach $2.7 billion this year, which breaks down to $16,462 per Islander. Interest charges to service this debt are rising as well, and will approach $800 per person this year. Given the King government’s plan to not balance the budget in the immediate future, these rising interest costs will continue to divert money away from other important priorities such as health care, education and tax relief.

While it’s tempting to blame COVID for all the red ink, P.E.I.’s fiscal approach stands in stark contrast to neighbouring New Brunswick where the government has largely resisted increasing spending in response to the pandemic, the result being a provincial budget that is virtually balanced. Not only does New Brunswick benefit from lower debt accumulation, but the province’s balanced budget position also allows it to pursue other priories including much-needed tax relief.

P.E.I.’s red ink, on the other hand, means the province is failing to tackle long-term challenges such as the province’s high tax rates. While the budget does include a small increase to the basic personal exemption and decrease to the small business tax rate, the province remains largely uncompetitive on personal and business taxation. Indeed, more deficit-spending delays the possibility of tax relief while increasing the chances the government in Charlottetown will hike taxes in future years to deal with the growing debt burden.

The finance minister said the theme of this year’s budget is the “Road to Recovery.” Unfortunately, this budget misses the mark as more government spending and ongoing deficits are not a recipe for robust economic recovery. The government should reconsider its spending hikes and introduce restraint to accelerate the return to a balanced budget, a development that would benefit all Islanders.