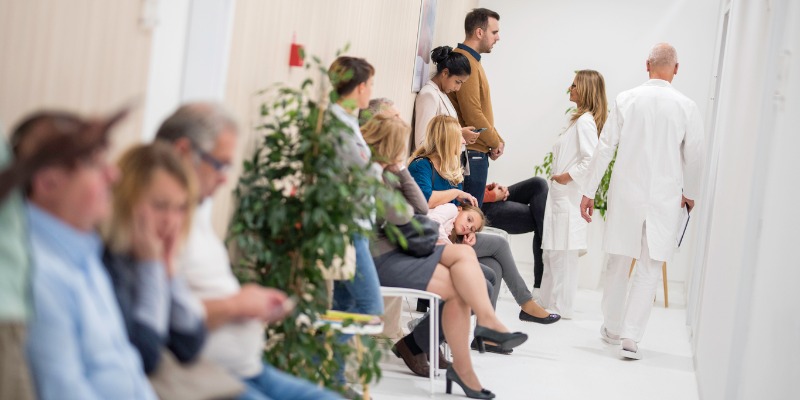 The recent federal budget included record-breaking spending promises and historically large budget deficits. There is, however, one area where the Trudeau government was somewhat more restrained—health care. Despite calls from the provinces for a permanent $28 billion annual increase in health transfers, Ottawa announced a onetime $4 billion top-up, acknowledging the pandemic’s effects yet refraining from indefinite spending increases in the future.

To be clear, health care is a provincial responsibility as per the Constitution. However, this hasn’t stopped the federal government from becoming involved. It currently provides about $42 billion a year to the provinces (and territories) via the Canada Health Transfer (CHT), with an automatic increase each year. With the additional $4 billion, that comes to $46 billion for 2020-21.

The Trudeau government’s decision to provide a onetime top-up during the pandemic instead of new permanent funding to the provinces for health care is more in line with the appropriate division of power between Ottawa and the provinces. Importantly, calls for permanent increases also misdiagnose the real problem.

Consider this. Canada already ranked among the highest health-care spenders in the world before the pandemic. In 2018, Canada had the second-highest level of health-care spending (as a share of its economy) and seventh- highest per capita (on an age-adjusted basis) among 27 other countries with universal health care.

Unfortunately, it’s not clear Canadians get good value for this high spending. A recent analysis of economically developed countries with universal health care ranked Canada second-last for acute care beds and near the bottom for the number of physicians. It’s no wonder hospitals were already bursting at the seams in pre-COVID Canada. The pandemic has only exacerbated a long-standing shortage of medical resources.

Canada also reported lengthy wait times for care relative to peer countries before COVID. For example, in Canada in 2016, 30 per cent of patients reported waiting two months or longer for an appointment with a specialist, far more than in Germany (3 per cent), France (4 per cent) the Netherlands (7 per cent). Similarly, 18 per cent of patients in Canada reported waiting four months or longer for elective surgery compared to 7 per cent in Switzerland and none in Germany.

Obviously, over the last year health-care systems in many provinces have come under significant new pressure and health ministers have had to postpone or cancel elective treatments, adding thousands of patients to waiting lists. However, in the pre-COVID world, our health-care system struggled to address routine demand for patient care, despite ranking among the top spenders worldwide.

To be fair, CHT transfers are partially responsible for these long-standing issues but not, as the provinces claim, because they aren’t large enough. Rather, federal CHT funding comes with strings attached that prompt provinces to comply with the Canada Health Act (CHA). Provinces that violate CHA regulations can lose federal money.

The resulting inability of provinces to experiment with and design policy that could actually improve health care and reduce wait times (lest they run afoul of federal guidelines) is one reason why Canada’s system performs poorly compared to international counterparts.

By demanding permanent increases in future CHT payments, provincial ministers essentially advocate for increased dependence on Ottawa, which would have the unintended consequence of further curtailing their own ability to implement policy reforms that could improve their health-care systems.

Clearly, provincial health-care systems are underperforming compared to peer countries, particularly on wait times. However, more money from the federal government is not the answer. In the future, instead of asking for increased transfers—and all the strings attached—the provinces should ask for more freedom to learn from other countries and implement reforms to better serve patients.