Ford should butt out of Ontario’s business 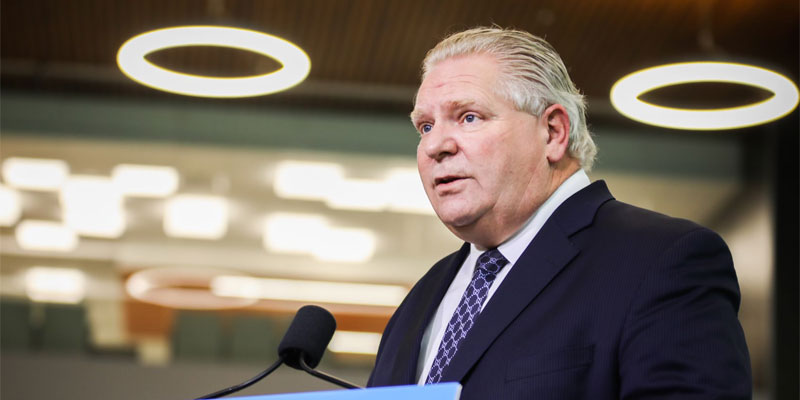 In earlier days, Doug Ford often said that he would make Ontario “open for business.” But as premier during the pandemic, he’s displayed an inordinate zeal in keeping businesses closed. Toronto endured the longest continuous lockdown of any major city in the world. The only thing consistently “open for business” in Ontario has been the government.

The problem with government business is that the government shouldn’t be doing business. Governments should govern, businesses should do business. The Ford government has turned this on its head; after constraining the activities of actual businesses, it’s expanded government business, most recently by creating a $100 million venture capital fund to invest taxpayer money into technology companies.

According to the government’s announcement, “the fund will invest in venture capital funds focusing on in-demand, high-growth sectors where Ontario has a competitive advantage including life sciences, medical devices, clean technology, information technology and artificial intelligence.”

This strategy—putting government in the business of doing business—is sometimes called “industrial policy.” It relies on the fatal conceit that government planners can efficiently collect widely disbursed economic information to appropriately dictate what society should produce—where, when, how and by whom.

However, in reality, no one, not even a committee of government planners who spend hours reading economic studies, has the omniscience necessary to centrally plan an economy efficiently. As George Mason University economics Professor Don Boudreaux writes, “the only way to discover what are better uses of resources is market competition.”

The government shouldn’t declare that certain sectors or businesses operate better than others, then allocate economic resources to those sectors and businesses. Boudreaux uses the analogy of an Olympic race where, instead of actually letting runners compete, Olympic officials declare that research shows that one runner is the fastest and should receive the gold medal.

It’s the same with so-called industrial policy where government officials decide, based on research (if they bother to do any), that resources are best used in some way or another, instead of letting the market, through competition, discover how those resources should be used.

According to the Ford government, the $100 million will “assist high-potential technology companies innovate and grow, boosting the province’s long-term competitiveness.” This claim is nonsense. How can businesses in Ontario become more competitive if the government reduces the extent that businesses can compete, and instead simply hands out money to certain companies? Picking winners does not increase competitiveness.

If Premier Ford really wants to improve the province’s competitiveness and economic growth, his government should leave the business of business to the private sector.