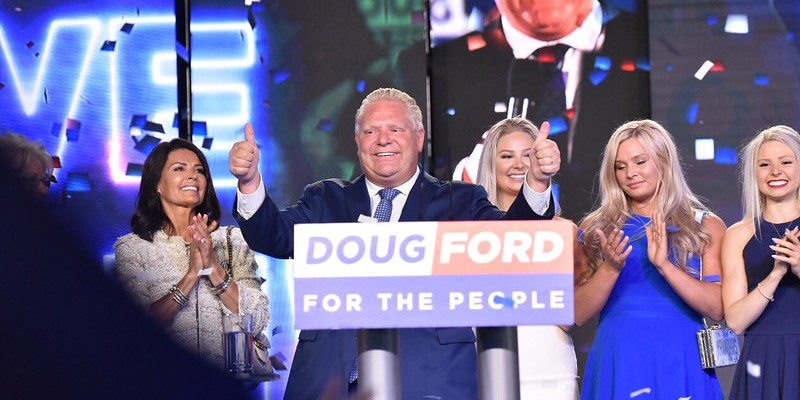 According to a recent Parliamentary Budget Officer (PBO) report, Ontario’s government finances are unsustainable. If the Ford government plans to keep its promise to balance the books, now would be a good time to start.

Under the PBO’s definition, a government’s finances are unsustainable if, under current policies and reasonable economic assumptions, government debt is on track to grow faster than the economy over the long-term. In economic speak, if the Ontario government fails to take action (i.e. reduce spending) the province’s net debt-to-GDP ratio, a key indicator of the sustainability of debt levels, will rise over time—a worrying prospect given Ontario’s current historically large debt burden.

The PBO is not alone in this finding. An independent analysis from experts with the Finances of the Nation project also finds that Ontario’s finances are unsustainable and that the government needs a substantial fiscal adjustment to stop the province’s debt burden from growing.

Specifically, to bring Ontario to sustainability this year, the Ford government must reduce non-COVID-related program spending (all day-to-day spending other than debt interest costs) by approximately $21 billion or 12 per cent.

The government could also take a more gradual approach towards sustainability, but this would come with costs. The province’s net debt (all debt minus financial assets) is on track to increase by $33.8 billion to reach $428.7 billion this year, with further increases in subsequent years. The longer the government takes to make its spending levels sustainable given current revenue expectations, the more debt Ontario will accumulate.

The consequence? More tax revenue will be spent on debt interest in the future instead of other priorities such as health care, education or tax relief.

Of course, it’s not surprising that Ontario’s debt is on track to keep growing given the province’s recent history. This year will mark Ontario’s 15th consecutive budget deficit, a streak that has driven the province’s large run-up in debt. Ontario’s debt-to-GDP ratio has climbed at an average rate of approximately one percentage point per year since the start of the 2008/09 recession and will reach a projected 41.4 per cent at the end of 2022/23. Again, both the PBO and Finances of the Nation suggest the long-term trend of more and more debt will continue in the years ahead.

So far, the Ford government has given little indication that it takes this problem seriously. Instead, it has largely carried on the fiscal policy approach of its predecessor, refusing to reduce—or even hold the line—on spending and working towards eliminating Ontario’s persistent deficits. Indeed, under multiple premiers from two different political parties, policymakers at Queens’ Park have been complacent about Ontario’s fiscal challenges. So it’s hard to be optimistic that significant fiscal policy reform is on the way.

The latest PBO report reaffirmed the expert consensus that Ontario’s finances are unsustainable. If the Ford government wants to finally make good on its promises to eliminate the deficit and repair Ontario’s finances without raising taxes, it must exercise the spending discipline that’s been notably absent during its time in office so far.