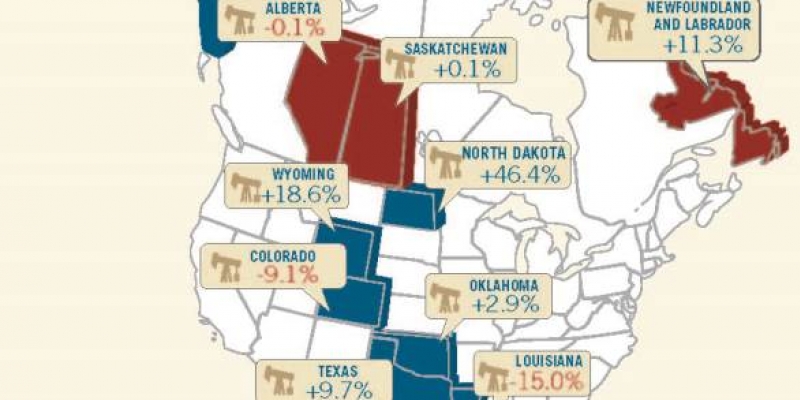 An Economic and Fiscal Comparison of Alberta and Other North American Energy-Producing Provinces and States compares Alberta’s fiscal position to Saskatchewan, Newfoundland and Labrador, Alaska, Wyoming, Louisiana, Oklahoma, Texas, North Dakota and Colorado. The study found that despite a wealth of natural resources and booming economy, Alberta government finances fall short when compared to these other, energy-rich North American jurisdictions.

With the strength of Alberta’s economy, it’s easy to assume Alberta’s finances are in order. But post-recession, the province has struggled to balance its books. Of the 10 energy-producing jurisdictions analyzed in the study, Alberta was one of only three to incur a deficit (spending exceeded revenues) in 2011-12. Meanwhile, both of Canada’s other energy-producing provinces, Saskatchewan and Newfoundland and Labrador, enjoyed surpluses in 2011-12.

Moreover, Alberta’s deficit in 2012-13 ballooned from 0.1 per cent of provincial spending to almost seven per cent.

Consequently, continuous deficit spending has drained the province’s rainy day funds. Alberta’s net assets (total assets minus total liabilities) plummeted from $31.5 billion in 2007-08 to $12.1 billion in 2012-13—a loss of $19.4 billion in just five years. During that same period, Saskatchewan and Newfoundland and Labrador were able to reduce their debt by $2.2 billion and $1.6 billion, respectively.

Continuous deficits also deny Albertans tax relief and the fruits of tax reform. When compared to the U.S. states analyzed in the study, Alberta’s tax rates are generally higher and its tax system markedly unique. For example, Alaska, Texas and Wyoming impose no personal income taxes, and Wyoming and Texas also impose no corporate income tax while relying more heavily on consumption taxes such as sales tax.

The study also spotlights a largely ignored weakness in Alberta’s economic performance, which could threaten the province’s future prosperity. Alberta ranked dead last (among the analysed jurisdictions) for productivity growth over the past decade with an average growth rate of 0.4 per cent compared to an average of 1.6 per cent for the other jurisdictions. North Dakota, which ranked first in productivity growth, recorded an amazing average growth rate of 4.1 per cent.