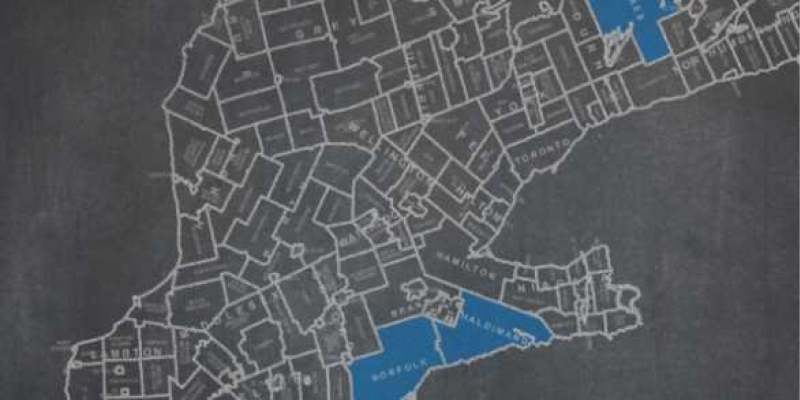 The 1990s and 2000s were tumultuous decades for Ontario municipalities. Hundreds of municipalities across the provinces were amalgamated amid claims that restructuring would produce local governments that would be more efficient and less costly. Taxpayers, it was argued, would benefit from lower costs and lower taxes. Others have examined these claims, largely finding that these claimed benefits did not materialize. Much of this work, however, has focused on Toronto and the province’s other largest cities. Instead, we focus our attention on three smaller municipalities—Haldimand-Norfolk, Essex, and Kawartha Lakes—and examine whether the scale of municipal operations and politics in these areas affected the outcome of restructuring.

Using data for years 2000 to 2012 from the Financial Information Return published by the Ontario Ministry of Municipal Affairs and Housing, we compare various financial indicator trends for our three subject municipalities and a number of comparable municipalities that were not amalgamated. While for various reasons the data are not amenable to a rigorous econometric before-and-after analysis, our simple analysis suggests amalgamation did not result in cost savings or lower property taxes in the cases we examine. We find significant increases in property taxes, compensation for municipal employees, and long-term debt in both amalgamated and unamalgamated communities, suggesting there was no tangible, financial benefit from amalgamation. In fact, many of the claims put forward by those favouring consolidation failed to materialize. In most of our cases, the per-household municipal tax burden increased. We also find that spending on certain services and remuneration also increased significantly. The data largely indicate that post-2000 intra-municipal trends in cost indicators, such as protection costs per household, have remained stable within the group analyzed, or even increased after amalgamation, a finding inconsistent with the cost savings promised as a benefit of amalgamation.

We also analyze primary interviews with those involved in the amalgamation process to provide more context for the data on costs and tax increases. We find that in part this may be explained by the speed with which the province implemented restructuring. The process was quick and received little provincial assistance. As a result, wages were harmonized upwards in this period, which had a significant impact upon the cost of service delivery. Local actors con-fronted with mandated consolidation found themselves in an unenviable position and made quick decisions about governance and servicing issues without the benefit of time or access to comparable information and best practices. Very little central oversight was provided to those on the ground. Further, there was not enough time to negotiate new labour contracts with public-sector workers, further reducing any chance at cost savings. Specific to our cases, we found that, when rural areas were amalgamated with urban areas, residents began to demand more urban services, which further stretched municipal budgets in the years following the initial consolidation. Subsequent policy “downloading”—that is, the transferring of responsibility for services from the provincial government to municipalities—and a change in provincial government in 2003 entrenched these institutional structures.