A Primer on Charter Schools 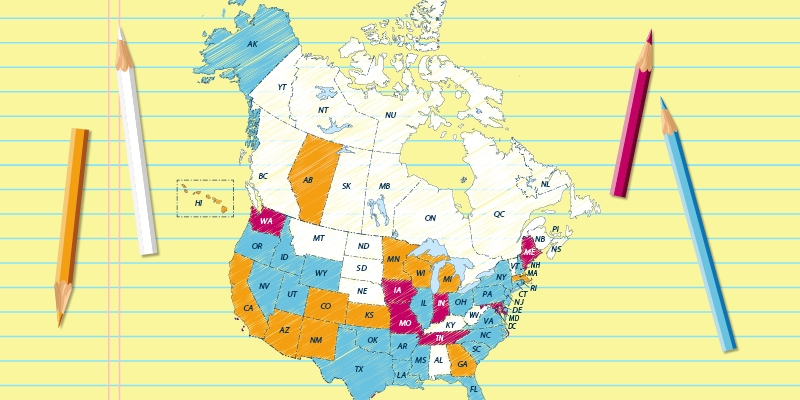 Charter schools are autonomous public schools that provide innovative or enhanced education programs designed to improve student learning. Operating outside of local school boards and governed by their own board of trustees, they are accountable for pursuing and meeting their charter. Typically exempt from many statutes and regulations that govern traditional public schools, they are not required to hire unionized teachers and may use non-traditional pedagogy or curriculum. They do not charge tuition and are typically fully funded for operational expenses.

Growth in Canada has been much more stagnant. Only one province—Alberta—introduced charter school legislation, in 1994. Provision for 15 charters was created. To date, no other Canadian province has been added to the list of jurisdictions allowing charter schools and the cap on numbers of charters remains at 15 in Alberta.

The research on charter schools in the US shows that they are particularly effective in improving student performance for those students who are underserved by traditional public schools. Leading studies show performance improvements for students disadvantaged by poverty, from an ethnic minority group, or with low baseline entering scores.

Charter schools also showed positive effects for students who gained access to an over-subscribed charter school by winning a lottery.  That said, charter schools vary widely from one another and not all showed improved student performance effects. The charter school advantage was found for schools with certain characteristics: urban, an academic focus, a disciplined approach, longer school days or school years, and open for more years (maturation/vintage effect).

In Alberta, charter schools were originally intended, in 1994, to provide choice and competition in the education sector, and to inject more diversification in the education market. Today they are expected to serve as pilot sites and incubators of research and finely-tuned innovative practices. Currently 13 charter schools are in operation, spread over 20 campuses with mandates that vary from one to another including “direct instruction” schools, schools for gifted students, English language learners, and those based on arts, music, science, culture, personalized learning, single gender (girls), or at-risk youth.

A total of 44 studies on charter schools in Alberta were identified and reviewed for this paper. While the research shows that the schools are innovative in their delivery of education, it was surprising that investigations of charter school effects on improvements in student achievement was not more common. Still, taken together, the studies showed that charter schools in Alberta “provide enhanced student learning outcomes.”  The research found enhanced scores, higher rankings, and more benchmark achievement for charter students than for their counterparts, usually after controlling for socio-economic differences. Furthermore, charter schools were found to provide more choice for parents and students, and evidence exists that, particularly in some school districts, they exert positive competitive pressure on area schools.

Thus, although the expansion of charter schools has been tightly controlled in Alberta, they have earned a strong presence in the public education landscape. The vast majority of US states have now passed charter school legislation and enrolments have grown markedly in that country. Research from the US, and in a more limited way, from Canada, shows that charter schools offer enhanced student outcomes, particularly for some disadvantaged groups of students. As such, they are worthy of attention.