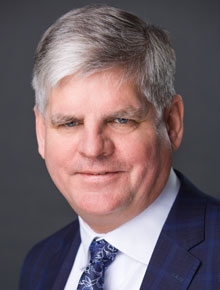 Finn Poschmann is a Senior Fellow with the Fraser Institute focusing on a broad range of issues including taxes, government spending, capital markets, and competitiveness. Before joining the Institute, Mr. Poschmann was the President and Chief Executive Officer of the Atlantic Provinces Economic Council, an independent, non-partisan research and educational organization. Prior to that, Mr. Poschmann spent 17 years working with the C.D. Howe Institute, acting as Vice President of Research and Policy Analysis.

Over his extensive career, Mr. Poschmann has worked in numerous areas within economics, with a focus on public finance and taxation, financial services and housing finance, federal-provincial relations, and competition law and regulatory policy.

Mr. Poschmann is an award-winning writer who has authored or co-authored more than 50 peer reviewed studies, in addition to countless columns for such newspapers as the National Post and The Globe and Mail, as well as academic journal articles. His work has also been cited as a source of inspiration for the Tax-Free Savings Account.

Mr. Poschmann served on the Federal Advisory Panel on Canada’s System of International Taxation, among other panels and task forces. He has provided expert testimony before Parliamentary committees. He received his B.A. in economics from Carleton University.