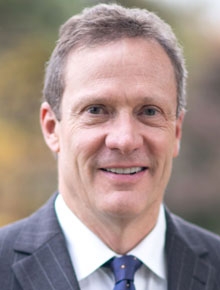 Jason Scott Johnston is an economist and legal scholar, receiving both his JD and PhD in economics from the University of Michigan. He is currently the Blaine T. Philips Distinguished Professor in Environmental Law and Director of the Olin Program in Law and Economics at the University of Virginia Law School. Before coming to Virginia, Johnston was the Fuller Professor and Founding Director of the Program on Law, Environment and Economy at the University of Pennsylvania Law School. Johnston’s research has focused on the economic analysis of how alternative legal rules and institutions impact economic behaviour, including the behaviour of administrative agencies. Since 2007, Johnston has worked on topics related to climate science and policy and regulatory science. Most recently, Johnston authored Climate Rationality: From Bias to Balance (Cambridge University Press, 2021), in which he argues, with voluminous support, that US climate policy has been biased by weighing only the generally exaggerated potential benefits of reducing greenhouse gas emissions while neglecting the many present and future costs of such reductions as well as the well-established capacity for successful human adaptation to climate change. Johnston has been awarded a Bosch Fellowship at the American Academy of Berlin and a Julian Simon Fellowship at the Property and Environment Research Center. He has served on the Board of the American Law and Economics Association, the Searle Civil Justice Institute, and on the National Science Foundation Law and Social Science Grant Review Panel. Johnston is also a member (inactive) of the Idaho State Bar.