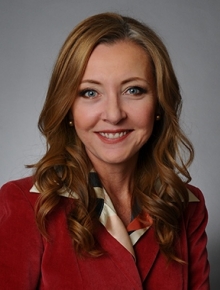 Vicki Alger is a Research Fellow at the Independent Institute in Oakland, California, and author of Failure: The Federal 'Misedukation' of America's Children. She is also a Senior Fellow at the the Independent Women’s Forum in Washington, D.C., and the Fraser Institute. Alger’s research focuses on education reforms that increase individuals’ control over their and their children’s education. She has held directorships at the Goldwater Institute in Phoenix, Arizona, and the Pacific Research Institute in Sacramento, California. Her research has inspired the introduction of numerous pieces of parental choice legislation in those states, including education savings account (ESA) and tax-credit scholarship programs, as well as expanded public charter school and virtual/online learning options. Alger has advised members of the U.S. Congress, the U.S. Department of Education, and lawmakers from more than 30 states. Her research has also been used in numerous court cases upholding parental choice programs, including the U.S. Supreme Court. Alger has been interviewed on several TV news outlets including Fox News and Global News, and her work has appeared in leading outlets such as Forbes, Investors’ Business Daily, National Review, The Wall Street Journal, USA Today, US News & World Report, and the Los Angeles Times. Alger received her Ph.D. in political philosophy from the Institute of Philosophic Studies at the University of Dallas, where she was an Earhart Foundation Fellow. She, her husband, and four stepsons live in Scottsdale, Arizona.