Addington Centre for the Study of Measurement 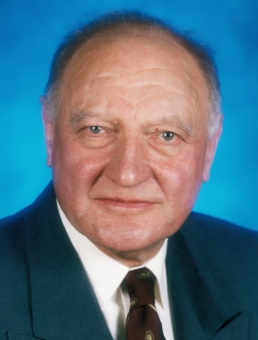 Named for the late Raymond Addington, former chairman of the Fraser Institute Board of Trustees, the Addington Centre for the Study of Measurement was established in 2008.

The Centre commemorates Mr. Addington by awarding the annual Addington Prize to a person or team who has researched a new, interesting, and important concept in public policy, exemplifying the Fraser Institute’s motto: If it matters, measure it.

The 2017 Addington Prize was awarded to economics professor Rosemarie Fike at Texas Christian University in Fort Worth, Texas.

She received this year’s award for her recent work that adjusts the Institute’s Economic Freedom of the World report to account for gender disparities, which led to downgraded scores for a number of countries with legal barriers to women’s full participation in the economy.

“Fike’s gender disparity adjustment to the Economic Freedom of the World index better reflects the experiences of women around the world and helps provide an even more precise measurement of economic freedom among countries,” said Jason Clemens, executive vice-president of the Fraser Institute.

2016 Winner - Casey Mulligan (Economics professor at the University of Chicago and affiliated with the National Bureau of Economic Research, the Becker-Friedman Institute at the University of Chicago, and the Population Research Center) for his book, The Redistribution Recession: How Labor Market Distortions Contracted the Economy, which explains how government subsidies, taxes and minimum-wage laws contributed to the recession, which began in earnest in 2009.

2014 Winner - Professor Erwin Diewert (University of British Columbia) and Dr. Emily Yu, (Economist, Department of Foreign Affairs and International Trade), for their work on measuring productivity, as explained in their paper New Estimates of Real Income and Multifactor Productivity Growth for the Canadian Business Sector, 1961-2011, published by the Centre for the Study of Living Standards. Their work found that actual productivity growth in Canada was higher than formerly reported.

2012 Winner - Nicholas A. Bloom (Professor of Economics, Stanford University), Steven J. Davis (William H. Abbott Professor of International Business and Economics, University of Chicago Booth School of Business) and Scott R. Baker (Ph.D. candidate, Stanford University) for their paper Measuring Economic Policy Uncertainty. Co-published through the National Bureau of Economic Research, this ground-breaking report develops the first rigorous analytical framework for measuring the extent and impact of economic policy uncertainty in the United States. The authors have since expanded their work to include Canada, Europe, China, and India.

2011 Winner - Professors Terry L. Anderson and Dominic P. Parker for their paper Sovereignty, Credible Commitments, and Economic Prosperity on American Indian Reservations, which measures the crippling economic consequences resulting from the lack of private property rights on Indian reserves. The paper was published through the Property & Environment Research Center (PERC) in Bozeman, Montana, where Anderson and Parker are research fellows.